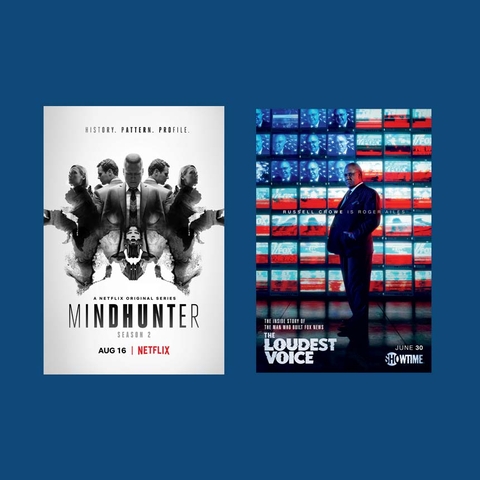 Mindhunter, Season 2: 'Tis the season to get the creeps and if you are a fan of this addictive Netflix series, you already understand the type of chills I mean. Here, the FBI agents in a Behavioral Analysis Unit develop the procedures of profiling and even the composition of the methods and motivations in the psychopathic make-up of serial killers.

This season gets even darker than the first. It begins with Holden recovering from a nervous breakdown leaving him with anxiety attacks that could interfere with his work. Bill’s life is upended from after his young adopted son becomes embroiled in an "incident."

Most of these episodes open and set the mood. We voyeuristically peep in on the various disturbing behaviors of the BTK Killer, then switch to Holden and Bill interacting with their team and troubles as they dash about the country involved in murder cases.

The art of the series is to hold and build our fascination with solving the mysteries rather than just being shocked with the horror. This season weaves in lots of other perplexing questions about race, gender, workplace politics and ethics. Be prepared to get properly spooked out.

The Loudest Voice: When I received my degree in journalism, I never once realized how far the profession could and would fall. This series gave that measure.

It is no small order to try to chronicle the personality and rise of Roger Ailes as he constructs Fox News. From there, he proceeds to control the modern Republican Party and craft the tweeting presidency we now find ourselves putting up with on a nearly daily - no, hourly - basis.

It helps to have a cast with the likes of Russell Crowe in the lead and Naomi Watts portraying the former Fox talent Gretchen Carlson. The actors relish the opportunity, and that is highly obvious as you view Seth MacFarlane as Ailes’ right hand, Brian Lewis.

President Obama comes on the scene in time to focus the manipulated coverage of the network and channel the paranoid agenda of Ailes even as he clashes with the owner Rupert Murdoch.

Sexual harassment seems to be SOP. It all comes home to roost as Carlson made recordings of incidents. Other testimonies then open in an all too familiar pattern. The peppering of non-disclosure agreements in this story of corporate policy and how much money is equated with them is amazing.

It’s jaw-dropping that people are willing to go along with and the damages that sheer ambition the perps, and even the victims, can cause. There is an oily feel here that persists right into the present.

Whether many of us like to admit it or not, Ailes may be dead, but his legacy and peculiar form of jingoistic journalism continue as we wrestle with increasingly authoritarian times.