Kick with Vick and watch a flick in July 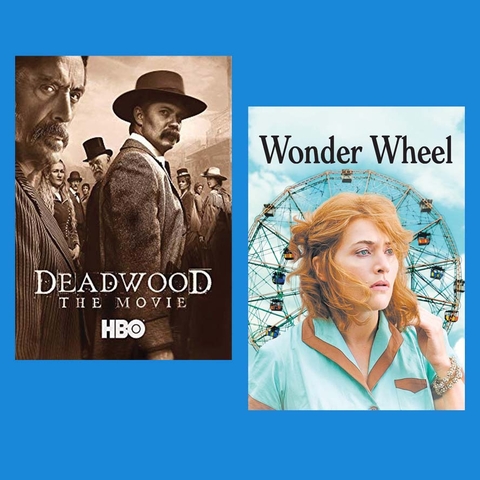 Deadwood: The Movie: I have always raved that Robert Altman's movie McCabe & Mrs. Miller is the best Western portraying how capitalistic commerce stood on the shoulders of violence and theft. Around 2004 HBO started to change my mind about that with the series Deadwood, written by David Milch, and their cast of genuine characters.

In 1876, Wild Bill Hickok was shot in a gold rush town built on stolen Sioux lands. After three seasons the series quickly disappeared leaving a hole as big as a six-shooter wound, making the anticipated return so flavorful.

It allows the (literal) parade of the characters to return in time for South Dakota's statehood after not being able to interact for a decade. That is, those not killed off in the series.

Saloon owner Al Swearengen (Ian McShane) is just as amazing as ever with bittersweet touches. The main characters have returned to finish up unresolved conflicts, and the friction is palpable. Villain George Hearst (Gerald McRaney) is back but now as a ruthless U.S. Senator bent on revenge by using power, wealth and murder.

Modern changes are invading as well symbolized with Hearst jamming in the telephone. The veneer of old west justice remains as the town forms alliances to combat Hearst.

Fans of the series will enjoy this flick more, but the movie can stand on its own.

Wonder Wheel: Admittedly, there are times when critics pan a work, and there is a pile-on effect. With the distance of a few years, I feel this is what happened to this Woody Allen production.

The weight of this somewhat autobiographical Southern gothic tale deserves some appreciation.

Allen uses Coney Island as his 1950's stage. Justin Timberlake as Mickey narrates and at points does his storytelling directly to the camera. He portrays a young, aspiring and even pretentious writer who becomes involved with a family working near the Wonder Wheel and roller coaster of Coney Island.

Living above the shooting gallery gives an uneasy edge. Soon, we realize Ginny (Kate Winslet) is not happy in her marriage to an unsuspecting and alcoholic Humpty (Jim Belushi). All her insecurities and realizations that life is passing her by coming out fully in her affair with the young Mickey.

To complicate this tragic situation, Humpty's estranged and beautiful young daughter Carolina (Juno Temple) who needs a place to hide from a mobster husband. He is sending in goons looking for deadly revenge.

While there is some predictability, the quality of acting and cinematography and seasoned storytelling have their long-term effects. The conflicted and longing characters are memorable, and Winslet is outstanding.

The ride on Wonder Wheel takes you up and gives you views at the top but inevitably you come back down to the bottom.