Kick with Vick and watch a flick in September 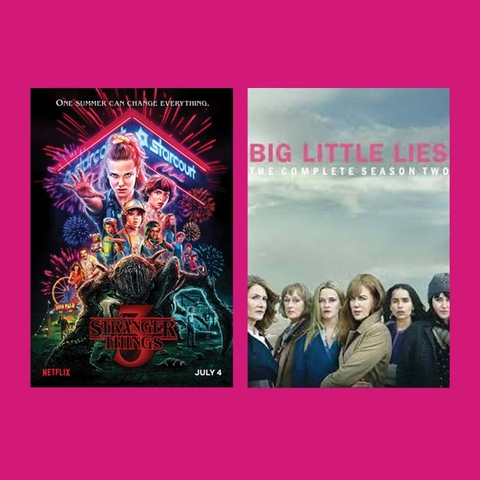 Season 3: Stranger Things: If you are not hooked by now on this wonderfully nostalgic romp by the Duffer brothers that imitate everything from the 80s, then it is high time to jump in and have some fun.

Even if you think you don't like sci-fi, you'll discover this creation goes far beyond with its well-drawn characters. You’ll seriously get into what happens next while the plot develops at just the right moments.

In the first season, which is set in ’83, in Hawkins, Indiana includes suspense and mystery around the disappearance of a boy. The entire cast narrows into a search that involves hush-hush government experiments, and the escape of an extraordinary little girl named Eleven.

In Season 3, most past dangers have supposedly been dealt with as everyone plunges into summer ’85. The main crew of kids grapples with awkward teen troubles even as the monster Mind Flayer festers up again to snatch bodies in the community. The Russians threaten world peace by opening a dimensional rift under the new mall in town.

Eleven and her crew band together for the fight to defeat the evil and the Stand By Me bonds of friendship grow stronger. My favorite point in this season is when the emerging character of Robin (played by Maya Hawke, daughter of Uma Thurman and Ethan Hawke) reveals her sexual preference at a surprising moment.

Season 2: Big Little Lies: Some thought it was a big risk to try to make another season of this glamorous Cali soap soaker. I couldn't be happier they took the risk.

The Five continue to obscure the details of their secret pact and roles in the death of Kidman's husband. The true highlight and delight of this season is the arrival of the manslaughter victim's mother, played with restraint into over-the-top deliveries by Meryl Streep.

Episode after episode, you'll find yourself waiting in anticipation for Streep to pop in on the Monterey Five. She worries away at their defenses and blindsides each of them to discover what role they played in her son's death. In the process, Streep chews up every bit of scenery, including the dazzling California cliffs.

Dern knows how to gnaw on scenes, but Streep is so good in this role that I’d imagine it felt quite intimidating to be so upstaged.

The secrets uncovered drip with juiciness as all the melodramatic pressures build. But best of all, there is campiness to be found here, and I want more.