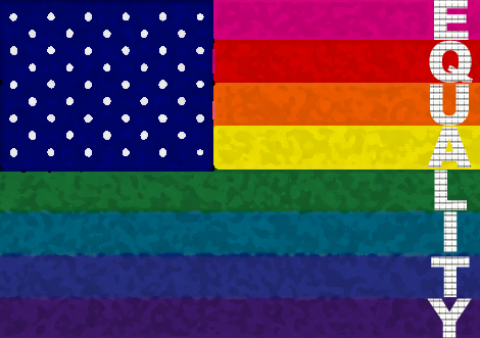 Although gay and other minority activists say Religious Freedom Restoration Act could be used to discriminate, supporters of bill in Kentucky say there is little evidence. File graphic.

FRANKFORT, Ky. (AP) — Some lawmakers and liberal groups say a bill to bolster legal protections for religious freedom in Kentucky will undermine civil rights protections and other laws.

Among their claims: Landlords could turn away gay or biracial couples. Women could lose access to birth control. Abusive priests could try to elude investigations. Churchgoers could challenge parking tickets.

There is little evidence to support these fears. Sixteen states have passed such laws, often called Religious Freedom Restoration acts or RFRAs. Experts say they're often underused, if used at all. And the people who do claim religious infringement lose in court more than they win.

The legislation, House Bill 279, would give stronger standing to people in court who claim the law puts a burden on them because of their religious beliefs.

The bill is headed to Gov. Steve Beshear after the Senate passed the measure late Thursday night. The House overwhelmingly approved the proposal last week.

"This is a piece of legislation that is a sword to be used against minorities," Sen. Kathy Stein, D-Lexington, said before the Senate vote. She added: "A renter under this would be able to deny leasing a property to a biracial couple."

The ACLU of Kentucky tried and failed to push an amendment that specifically protects civil rights laws in the bill.

Derek Selznick of the ACLU told a House committee that churchgoers could claim parking tickets burden their ability to attend services.

"An apartment complex manager could argue they don't have to rent to a lesbian couple based on their religious beliefs," he said.

Rep. Mary Lou Marzian, D-Louisville, issued similar warnings on the House floor. She said the legislation could protect employers who refuse to provide insurance coverage of birth control, a requirement under federal law.

"I believe it is an attempt to further cover up their continuing sex abuse and pedophilia and hide their records," Marzian said.

Rep. Kelly Flood, D-Lexington, said: "Given that the church is still reeling from this moral and criminal crisis, I for one am going to vote no on this bill because I want the people of this state who have been victims to know that we have their back."

Douglas Laycock, a professor at the University of Virginia Law School, said their fears are unsupported.

"The reality is these RFRA laws have been a disappointment to their supporters," he said.

Christopher Lund, a law professor at Michigan's Wayne State University, examined all 16 state religious freedom laws in 2010 for the South Dakota Law Review. He found that 10 states had only one or two reported RFRA cases. Four states hadn't seen one case decided under the law.

Victories were even scarcer, he wrote. The people who claimed infringement lost their court battles in more than half of the state cases.

The most high-profile claim of religious infringement — a case involving a Christian wedding photographer and a same sex couple — has so far lost in court.

In 2006, a photographer in New Mexico refused to shoot the commitment ceremony of a same-sex couple. One of the women, Vanessa Willock, filed a complaint with the state's human rights commission. It sided with her.

The commission said photographer Elaine Huguenin violated a state anti-discrimination law and ordered her to pay Willock $6,600 in lawyer fees.

Huguenin sued. Citing New Mexico's RFRA and federal law, she claimed the commission infringed upon her Christian faith. Two state courts so far have ruled against her. The New Mexico Supreme Court is scheduled to review the case on Monday.

The conservative Family Foundation of Kentucky supports the bill. But senior analyst Martin Cothran said he has little confidence it will provide the protections his group wants.

For example, Cothran wants stronger legal protections for groups like Hands On Originals, a Christian-based company that last year refused to print T-shirts for the Lexington Pride Festival, an event centered on the lesbian, gay, bisexual and transgender community. The city's human rights commission ruled against the company, saying it violated a city anti-discrimination ordinance.

"This law isn't going to have an effect they think it's going to have," Cothran said. "All of the case law is going in the other direction. It's not going in the direction of over-protecting people's religious freedom. We'd like to see something a lot stronger than this."

Robert Damron, D-Nicholasville, who sponsored Kentucky's bill, said it is a response to a former state law, upheld by the Kentucky Supreme Court, that required the Amish to display bright orange safety triangles on their black buggies so that they could be better seen by motorists.

The law has since been changed to accommodate the Amish, but not before several Amish men went to jail rather than display the triangles, which they said went against their religious beliefs.

The legislation is House Bill 279.