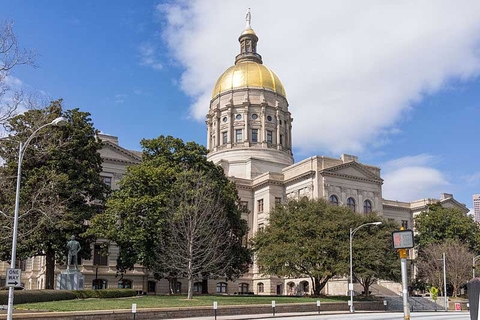 Some GA lawmakers are defending a Georgia Baptist official after he compared House members to Hitler. Photo by Andre m.

ATLANTA (AP) — Several Georgia lawmakers are defending a Georgia Baptist official a day after House members blasted him for comparing them to Hitler.

Mike Griffin, also the lobbyist for the Georgia Baptist Convention, has been an outspoken supporter of a bill granting legal exemptions to individuals and organizations that oppose same-sex marriage.

State Sen. Josh McKoon, R-Columbus, said Friday that House members are trying to deflect criticism for not acting on the bill.

In an article published last week by a Christian publication, Griffin wrote that Hitler told faith leaders to "leave government to me."

"Pastors, this is happening before our eyes today!" he added.

The mention of Hitler was later removed.

House Republicans, including Speaker David Ralston, criticized Griffin's remarks on Thursday. Ralston said it could make any discussions on a compromise difficult.