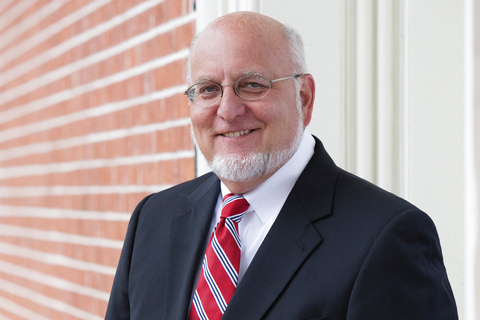 Dr. Robert Ray Redfield Jr., who rose to prominence in the 1980s as a top researcher into the emerging AIDS epidemic, has been named to the post by U.S. Secretary of Health and Human Services Alex Azar.

"Dr. Redfield has dedicated his entire life to promoting public health and providing compassionate care to his patients," Azar said in a statement. Redfield's appointment doesn't need Senate approval, and he'll start at the CDC on Monday.

Redfield, 66, is a medical school professor at the University of Maryland, where he co-founded the Institute of Human Virology. He has extensive experience treating HIV patients as well as heroin addicts and has been praised for his work in Maryland on the opioid crisis.

His institute has worked on AIDS in Africa, getting $138 million from CDC for its work.

But Redfield also made headlines more than two decades ago, when he was scrutinized for overstating the effectiveness of an experimental AIDS vaccine. He also has been criticized for being out of step with the public health community on some issues.

Public health leaders who spoke to The Associated Press about his appointment all voiced hope that he will be able to protect CDC's budget and programs.

The Atlanta-based CDC investigates disease outbreaks, researches the cause and frequency of health problems, and promotes prevention. Founded in 1946, it is the only federal agency headquartered outside of Washington, D.C., and has nearly 12,000 employees and 10,000 contractors worldwide.

The agency has total budget of about $12 billion. The Trump administration has proposed slashing that by about $1 billion in the next fiscal year, cutting a wide range of programs.

Redfield will replace Dr. Brenda Fitzgerald, a Trump administration appointee who resigned in January after about six months on the job. Fitzgerald, who had previously run Georgia's state health department, was embroiled in unresolved financial conflicts. HHS officials ultimately said her investments were affecting her ability to be involved in issues like cancer and the opioids crisis.

In the 1980s, Redfield was working at the Defense Department's Walter Reed Institute of Research when he became a leading AIDS researcher. He has been counted as among the first to demonstrate the AIDS virus could spread among heterosexuals, and argued early in the epidemic that AIDS wasn't a threat only to gay men and injection drug users.

In the early 1990s, the Army and a Congressional committee investigated his research into an experimental AIDS vaccine and accusations that he misrepresented study data to make it seem like the vaccine worked. The Army found no evidence of scientific misconduct, but it criticized him for faulty analysis of study data and for an inappropriately close relationship with a conservative lobbying group.

Redfield also drew criticism from public health leaders for endorsing the isolation of infected soldiers, and for calling for mandatory HIV testing of soldiers and health care workers — even though the CDC and the U.S. surgeon general thought such measures could lead to discrimination and likely wouldn't halt spread of the disease.

Redfield also held views at odds with the public health community regarding the value of condoms and needle exchange programs to stop the spread of the virus, Jon Cohen reported in his 2001 book about the search for an AIDS vaccine, "Shots in the Dark." Cohen noted that in a forward to a 1990 book, Redfield wrote: "It is time to reject the temptation of denial of the AIDS/HIV crisis; to reject false prophets who preach the quick-fix strategies of condoms and free needles; to reject those who preach prejudice; and to reject those who try to replace God as judge."

Jeff Levi, a George Washington University health policy expert who was deputy director of the White House Office of National AIDS Policy in the mid-1990s, said it was unclear whether Redfield had changed his views.

U.S. Sen. Patty Murray, a Democrat from Washington, cited some of that history in a letter this week to President Donald J. Trump.

"I hope you will reconsider Dr. Redfield as a candidate for CDC Director and instead seek a candidate whose experience and positions lend credibility to the nation's critical public health work," Murray wrote.

Dr. Carlos del Rio, an Emory University professor of global health and long-time HIV researcher, said Redfield has a record of strong scientific achievement. His interest and expertise in the opioid epidemic will be an asset as CDC works on the crisis, del Rio added.

"We need somebody there who's going to be defending the CDC. Someone who is going to be managing up, to manage the administration, to manage Congress, and to ensure there's adequate funding for CDC," del Rio said.

John Auerbach, president of Trust for America's Health, a Washington, D.C. based public health research and advocacy organization, said: "The most important thing is his ability to go into the agency, get up to speed, and make the case for CDC and its vitally important work. If he's able to do that, ultimately that's how his leadership will be judged."