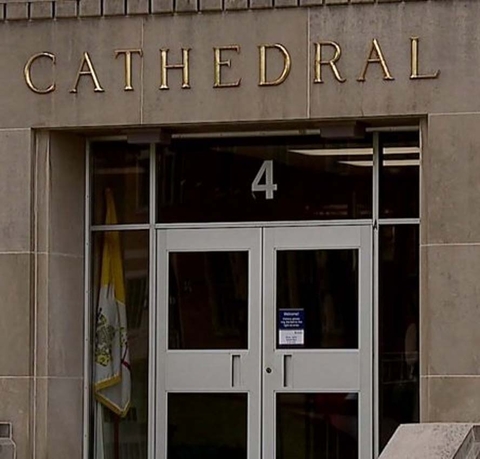 A teacher fired from an Indianapolis Catholic school in June for being in a same-sex marriage has reached a settlement with the school.

Although the details of the settlement are confidential, Kathleen DeLaney, the attorney representing the teacher, provided a statement to CNN confirming the settlement. The teacher and the school "resolved their situation to the mutual satisfaction and benefit of both parties," the statement said.

The teacher did not wish to be identified, but expressed his thanks to Cathedral High School and its employees in the statement.

"The teacher thanks Cathedral for the opportunities and experiences that he has had teaching at Cathedral and does not wish Cathedral any harm," the statement read. "The teacher also thanks their friends, former colleagues, and students for their support during this difficult time. Cathedral thanks the teacher for the years of service, contributions, and achievements."

Cathedral High School fired the teacher following 22 months of deliberation, after Archdiocese of Indianapolis Archbishop Charles Thompson told the school it would forfeit its ability to be recognized or identified as a Catholic institution by the archdiocese.

RELATED: OPINION: Why a Jesuit school was right in refusing to fire an openly gay teacher

The archbishop issued his ultimatum after a member of the Catholic community saw that the teacher announced his same-sex marriage on social media and complained to the archdiocese.

A statement from the Indianapolis Archdiocese issued in June said all Catholic school employees are ministers of the faith and must abide by all church teaching, including about marriage.

"This issue is not about sexual orientation; rather, it is about our expectation that all personnel inside a Catholic school -- who are ministers of the faith -- abide by all Church teachings, including the nature of marriage," the archdiocese statement reads in part.

The Catholic catechism teaches that "homosexual acts are intrinsically disordered," but also that LGBT people "must be accepted with respect, compassion, and sensitivity. Every sign of unjust discrimination in their regard should be avoided."

Another Catholic school in Indianapolis was issued the same ultimatum by the archbishop and chose to keep their teacher.

In June, Brebeuf Jesuit Preparatory School, only 11 miles from Cathedral, refused to fire its teacher and as a result will no longer be recognized or identified as a Catholic institution by the archdiocese. The school said it plans to appeal the decision to the archdiocese and the Vatican, if necessary.

Cathedral told CNN in a statement last month that there were several reasons they decided to remove their teacher and keep their designation as a Catholic school, including their ability to celebrate the Sacraments, continuing to have priests serve on its board of directions, and maintaining its affiliation with the Brothers of the Holy Cross, among others.

"In today's climate we know that being Catholic can be challenging and we hope that this action does not dishearten you, and, most especially, dishearten Cathedral's young people," the school's statement reads. "We know that some individuals do not agree with every teaching of the Catholic Church and so their conscience struggles between the teaching and what they believe is right."