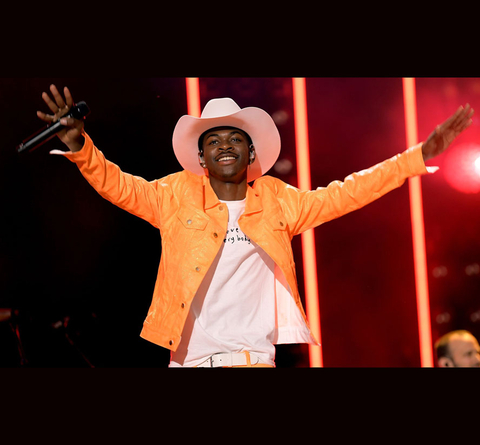 Lil Nas X closed out Pride month with some tweets that had people thinking he's made a declaration about his sexuality.

A source close to the musician told CNN that with the posts and reference to his lyrics, Lil Nas X intended to share with his followers that he identifies as gay.

"Some of y'all already know, some of y'all don't care, some of y'all not gone fwm no more. but before this month ends i want y'all to listen closely to c7osure," the "Old Town Road" rapper tweeted Sunday in honor of the end of Pride month, including a rainbow emoji and others.

His single "C7osure" begins with the lyrics "True say, I want and I need to let go, use my time to be free."

"Ain't no more actin', man that forecast say I should just let me grow/No more red light for me baby, only green, I gotta go," the lyrics continue. "Pack my past up in the back, oh, let my future take ahold/This is what I gotta do, can't be regrettin' when I'm old."

He also tweeted a picture of the 7 EP cover artwork, zooming in to highlight a building lit up in rainbow lights.

"Deadass thought I made it obvious," he tweeted.

The rainbow is one of the most recognizable symbols of the LGBTQ+ community.

So, naturally people took it to mean that the Atlanta native was sharing news about his identity with his followers, especially given the significance of the day.

Thousands of people turned out in New York City on Sunday to celebrate Pride and the 50th anniversary of the Stonewall uprising.

Lil Nas X went viral with his "Old Town Road" song which stirred controversy after it was a hit on the country charts and then removed by Billboard as being too hip-hop and not country enough.

It didn't stop him from topping the charts, however, as his song went to No. 1 on the Billboard Hot 100 pop chart.

His tweets were met with some support, including fellow rapper JackBoy who said he "respects" Lil Nas X for coming out.

Pop culture expert Jawn Murray said he believes it will have a negative effect.

"Kudos to Lil Nas X for sharing his truth," Murray tweeted. "But he was already having a problem being Black in Country Music, now they're definitely not gonna rock with him."