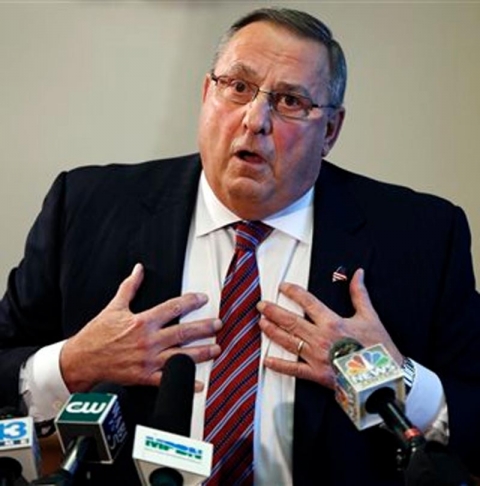 Augusta, Maine (AP) — Gov. Paul LePage is stopping the Maine Human Rights Commission and the Department of Education from issuing rules protecting transgender students. Schools instead are being given guidelines that lack the force of law.

A lead Democrat on the issue said LePage is putting vulnerable teens at risk.

Rep. Matthea Daughtry of Brunswick says the rules are required by the 2013 Maine Supreme Judicial Court's decision in favor of Nicole Maines, a transgender student in Orono who was barred from using a bathroom appropriate for her gender.

LePage spokeswoman Adrienne Bennett said LePage has read the court decision and believes it requires the Legislature to take action, and that new rules are not required.

"The governor is violating the law by refusing to let the rule-making go forward," she said. "He's putting our students at risk."

Richard Durost, executive director of the Maine Principals' Association, said the vast majority of Maine's high schools have already addressed the points in the guidelines, such as allowing transgender students to play sports with teams corresponding with their gender identity.

He said the new guidelines "have no teeth to them" because schools face no penalties if they disregard them.

"The positive thing about this is most school systems are already moving in this direction anyway," he said