New laws and rulings could cause election day confusion 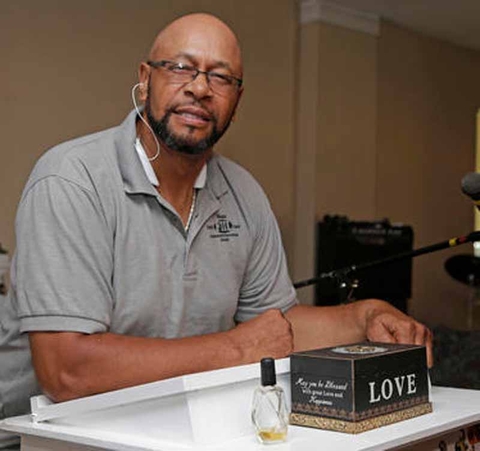 Rev. Moses Colbert, a black pastor from Kings Mountain, N.C., was among those who challenged North Carolina's law after finding himself unable to vote in 2014. AP Photo, Chuck Burton.

Atlanta (AP) — With more than 120 million Americans expected to cast ballots for president this fall, the nation's voting process seems more convoluted than ever and rife with potential for confusion come Election Day.

Voting rules vary widely by state and sometimes by county, meaning some Americans can register the same day they vote, while others must do so weeks in advance. Some can mail in a ballot, while others must stand in line at a polling place that might be miles from home. Some who forget photo identification can simply sign an affidavit and have their ballot count, while others must return with their ID within a few days or their vote doesn't matter.

Fourteen states have new voting and registration rules in place for this election, according to the Brennan Center for Justice at the NYU School of Law. Legal challenges have led to a multitude of recent court rulings that have blocked or struck down some provisions and upheld or reinstated others, scrambling the picture further.

The new rules and the rapidly shifting landscape have already caused confusion, and some experts fear problems on Nov. 8.

"You would think that by 2016 we would have gotten our act together, but in fact it seems things are as litigious and confusing as ever," said Rick Hasen, an expert on election law and professor at the University of California, Irvine School of Law.

The battle over voting mirrors the larger battle for political power in the U.S.

While Democrats and Republicans have both supported efforts to expand access, particularly online registration, it's largely been Republicans who have been pushing restrictive laws, such as those requiring voters to show photo identification before casting ballots.

Supporters say such measures are aimed at preventing fraud; critics say such laws fall most heavily on the poor and minorities, who might not have driver's licenses or could find it difficult to obtain the documents needed.

Recent court decisions have rolled back some of the more far-reaching restrictions but have also created headaches for state and local officials who need to make sure they are complying with the latest rules.

In Wake County, North Carolina, election officials prepared two training manuals for their poll workers — one with the state's voter ID requirements and one without. (Voter ID was ultimately struck down over the summer.)

Advocacy groups worry that confused poll workers might, for example, demand documents that are not required. They also fear that all the publicity surrounding voter ID laws might lead some people to stay home because they mistakenly think they won't be able to vote.

"In periods of change, it can often lead to a lot of confusion for voters as to what the rules are, and for election officials, too," said Wendy Weiser with the Brennan Center, pointing to problems in 2012 in places like Pennsylvania, where the state's voter ID law was put on hold and then struck down. "There were also voters in Ohio, New Jersey who mistakenly thought — hearing the news from Pennsylvania — that they had to show ID, too."

The Supreme Court opened the way for some of these measures in 2013 when it struck down a part of the Voting Rights Act that required certain states and local jurisdictions with a history of discrimination — particularly in the South — to get Justice Department approval of any changes in their election laws.

Soon after, Republicans in North Carolina passed a package of measures that not only required voters to show photo ID but also reduced early voting and eliminated same-day registration during the early voting period.

Moses Colbert, a black pastor from Kings Mountain, North Carolina, was among those who found himself unable to vote in 2014 as a result of the changes. Colbert had recently moved to Cleveland County from nearby Gaston County after his wedding.

Shortly after the move, he went to the local motor vehicle office to update his address and voter registration information. Yet when it came time to vote, Cleveland County officials told him he wasn't registered there and to go back to Gaston County. When he did, Gaston County officials wouldn't let him vote because the address on his driver's license no longer matched the address on his voter registration form. Before the changes, Colbert would have been able to update his registration during the early voting period.

"I was just numb, so we had to fight," said Colbert, 62, who became a plaintiff in the lawsuit challenging the North Carolina law. "I believe we are standing on the shoulders of so many who died before us for the opportunity to vote. I grew up in the 1960s. This is not something I read about in a book."

In July, a federal appeals court struck down several parts of the North Carolina law, saying they "target African Americans with almost surgical precision." Republican officials have said discrimination was not their intent. A divided U.S. Supreme Court declined in August to take up the case.

Texas officials have agreed to spend $2.5 million on voter outreach before Election Day as part of an agreement to amend its voter ID law after a court found it discriminated against minorities and the poor.

Elsewhere, an effort by Democrats in Ohio to restore "golden week," when people could register and cast ballots at the same time, failed after the U.S. Supreme Court declined to intervene. Earlier this week, a federal judge ordered North Dakota to return to a system it had in place before the Republican-led Legislature imposed a tougher voter ID requirement four years ago; voters there who do not have a state-required photo ID can once again sign an affidavit swearing they are a qualified voter.

An ongoing Kansas court fight has focused on whether a group of as many as 50,000 residents could vote because they did not submit citizenship documents, as required under state law, when registering at motor vehicle offices or with a federal form. Federal courts had previously ordered the state to count their votes in federal elections. The secretary of state's office had sought to toss out their votes in state and local races — something a state judge has since blocked.

Confusion also persists in Wisconsin, which has been in turmoil since Republican lawmakers backed a voter ID law in 2011.

It was initially blocked by the courts, then went into effect for the presidential primary in April. In July, a federal judge left the voter ID requirement in place for the fall contest but struck down more than a dozen other election changes, including limits on early voting hours and locations.

It's been estimated that as many as 300,000 Wisconsin voters may not have the required photo ID. Molly McGrath, with the national group VoteRiders, has been working with homeless people and others to make sure they have the proper ID and are registered to vote.

"There's a tremendous amount of unawareness and confusion about the law," McGrath said. "You can't help but think: Is this confusion a bug or part of the design?"

Republicans who have pushed the various voter ID laws reject any suggestion of discrimination.

"Voters in Wisconsin support voter ID, and our administration will continue to work to make it easy to vote and hard to cheat," Gov. Scott Walker said last month.