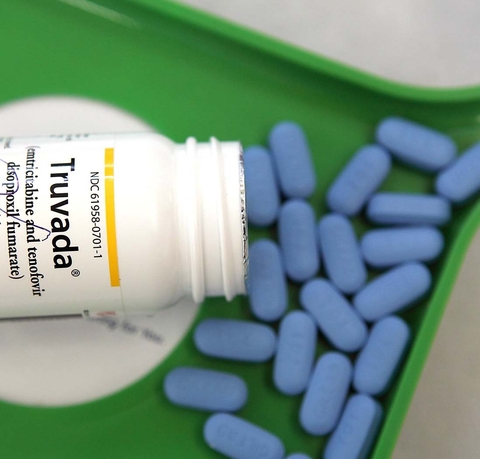 US Health and Human Services Secretary Alex Azar announced the launch of a national program Tuesday to provide free HIV-prevention drugs to uninsured Americans at risk of HIV.

"Ready, Set, PrEP" will provide about 200,000 Americans annually access to PrEP medications -- daily pre-exposure prophylaxis pills for the prevention of HIV. To qualify for the program, participants must test negative for HIV, have a valid prescription for the medication and not have any prescription drug coverage.

"Ready, Set, PrEP is a historic expansion of access to HIV prevention medication and a major step forward in President Trump's plan to end the HIV epidemic in America," Azar said in a news release.

The medications will be donated by Gilead Sciences, makers of Truvada and Descovy, the only two PrEP medications currently approved by the US Food and Drug Administration. Unlike Truvada, Descovy is approved only for men who have sex with men and transgender women who have sex with men. The company plans to donate as many as 2.4 million bottles annually, which can cover about 200,000 Americans. This donation would extend for the next 11 years.

The agreement between Gilead and the federal government was announced by President Trump and Azar in May.

The program will cover 100% of the cost of the medication, but it won't cover the costs of clinic visits and lab tests that an individual would need to obtain or renew a PrEP prescription. Azar said these other services are often available at low or no cost from many health care providers, including federally qualified health centers that serve those who don't have health insurance or are ineligible for Medicaid.

To find a provider or sign up for the program, potential recipients can go to www.getyourprep.com or call the toll-free number 855-447-8410.

While 1.1 million Americans are at risk for HIV, only about 200,000 currently receive Truvada, according to Gilead. Without insurance, the drug can cost as much as $1,500 a month.

According to Azar, the medication itself will cost the federal government about $200 per bottle, with those costs going towards distribution fees associated with wholesalers and pharmacies utilized by Gilead. The agency said it hopes to bring down the cost by at least half by the end of March, when a partnership between the federal government and CVS, Walgreens and Rite Aid goes into effect. The pharmacy giants all agreed to donate their drug-dispensing fees for the PrEP medications.

President Trump, in his State of the Union address in February, announced the goal of ending the HIV epidemic in the next decade. The initiative aims to reduce new HIV infections by 75% in the next five years and by 90% by the end of the decade.

"PrEP is just one of the essential tools to meet that goal," said Dr. Kenneth Mayer, medical research director of The Fenway Institute. "This program is a great addition, but it's not the end-all, be all."

According to a report released Tuesday by the US Centers for Disease Control and Prevention, just one in five people who could benefit from PrEP are actually receiving it. The CDC estimated that 1.2 million people would benefit from a PrEP prescription.

The report noted that prior to 2013, progress was made in reducing the number of HIV infections. However, since then, the CDC said the number has stalled at approximately 38,000 new infections every year.

The report also noted disparities in treatment and diagnosis. According to the CDC, people between 13 and 34, native Americans and heterosexual males had the lowest percentages of diagnosed HIV. In addition, native Americans, blacks and Hispanics had significantly lower rates of PrEP coverage compared to whites. These groups also had the lowest rates of viral suppression, an estimate for effective treatment.

"What you're seeing is a swapping infection (rates) among subgroups, so the overall number (of infection) has not significantly changed," Mayer said.

He added while rates of infection may be going down in some groups, there are also increasing numbers of infections among young individuals and people from communities of color.

While the CDC recommends that all people between 13 and 64 be tested for HIV at least once in their lives, only 40% of people 18 years and older in the United States have ever been tested.

In order to meet the President's goal of reducing the number of HIV infections by 90% within the next decade, the CDC said in its report that "accelerated efforts to diagnose, treat and provide PrEP while addressing disparities are urgently needed."