Judge asks US to reconsider passport for intersex citizen 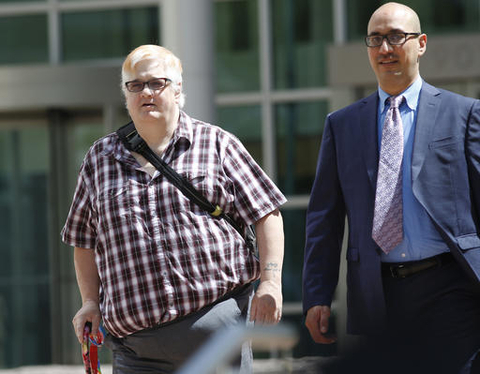 DENVER (AP) — A federal judge on Tuesday asked the U.S. State Department to reconsider its decision to deny a passport to a Colorado resident who does not identify as either male or female and refused to check a box for one of the genders on the passport application form.

However, the judge said he wanted to give the state department an opportunity to reconsider its decision or present more justification to back it up "if it can."

Jackson said the court would not weigh in on the constitutionality of the issue "unless and until it needs to."

According to the lawsuit, Zzyym's parents, in consultation with doctors, decided to raise their child as a boy, who underwent several surgeries that failed to fully make him physically appear male.

Zzyym served in the Navy as a male but later came to identify as intersex while working and studying at Colorado State University in Fort Collins. Zzyym applied for a passport after being invited to participate in a 2014 meeting of Organisation Intersex International in Mexico City.

The State Department offered to give Zzyym a passport marked female, matching the gender listed on Zzyym's Colorado driver's license, or one marked male if a doctor would submit a letters confirming Zzyym's "new gender." But Zzyym refused.

Zzyym praised the judge's ruling but called it the "first step in a long battle" in a statement from the Lamda Legal group, which is representing Zzyym.

"It's a painful hypocrisy that, simply because I refused to lie about my gender on a government document, the government would ignore who I am. I hope the State Department will do the right thing now," Zzyym said.

Since 2010, the State Department has allowed transgender people to change their gender designation on passports from male to female or vice versa with a doctor's certification.

But government lawyers argued that moving beyond two gender choices would upend officials' ability to verify identities and backgrounds because of reliance on drivers' licenses and birth certificates issued by states offering only male and female gender options.

Gender has been a required field on passport applications since 1976. Documents filed by the government for the lawsuit did not explain why the requirement was enacted then.

The International Civil Aviation Organization, the United Nations agency that sets standards for international travel documents says gender on passports should be marked as male, female or "X'' for unspecified.

A handful of countries, including Australia, New Zealand and Nepal, allow citizens to designate their gender with an "X'' or "O'' for "other" to accommodate intersex people. Canada has also been considering a third option.

This year, the trade group for officials who issue driver's licenses in the United States and Canada started giving members the option of including an "X'' option on its recommended license design.

It is still up to individual jurisdictions to decide whether to offer that option, said Claire Jeffrey, a spokeswoman for the American Association of Motor Vehicle Administrators.