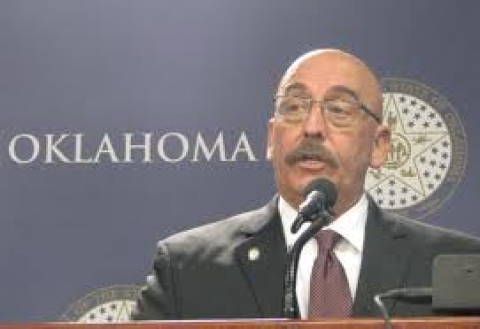 There have been some bills filed this year dealing with the issue of horse slaughter, and I’d like to share some information I’ve learned on the subject from both advocates and opponents of the issue.

I want to begin by saying that I don’t condone telling any farmer or rancher what they can or cannot do with their livestock. But there is a difference between cattle, which are bred and raised specifically to be used as food, and horses, which are bred and raised for various utility and sporting purposes. Horses are often treated with medications that can be dangerous for human consumption. Europe has enacted new rules that require any country exporting horse meat to their country to take steps to prevent these substances from getting into their food supply. Canada will also soon be requiring that anyone presenting a horse for slaughter certify in writing that the animal hasn’t received these substances, either within 180 days of slaughter, or, for some substances, during the animal’s entire lifetime.

Two of these substances, Phenylbutazone and Nitrofurazone, are extremely common in the U.S., and are given to most American horses at some point during their lives. Both of these drugs are banned for the lifetime of the horse in both Europe and Canada. This means that most American horses will be deemed unfit for slaughter if their meat is to be shipped to the European community. A recent audit by the European Union of Mexican plants that slaughtered American horses revealed an unacceptably high incidence of horses that were rejected due to toxic residues in their tissues.

Given this information I have filed two amendments to HB 1999 to ensure that any horse meat processed in Oklahoma is safe for human consumption for wherever it is being shipped. My first amendment would prohibit the selling or delivering of any horse for the purpose of slaughter for human consumption unless that animal is accompanied by an affidavit signed by a licensed veterinarian that certifies that the horse hasn’t any point during its lifetime been administered any drug or other substance not approved by the Federal Food and Drug Administration for use in equines intended for human consumption. The vet must also certify that the horse is at least 15 years old and is infirm or otherwise unsuitable for work.

My second amendment would make it unlawful for anyone to sell, offer or exhibit for sale, transport, or deliver any horse for the purpose of slaughter for human consumption unless that animal is accompanied by a signed and notarized document demonstrating rejection of the horse by at least three equine rescue facilities within two months prior to presentation of the horse for slaughter. The Department of Agriculture will develop and maintain a current list of approve equine rescue facilities.

The purpose of my amendments to ensure that any horses presented for slaughter are safe for human consumption regardless of what country the meat is shipped to and that people aren’t slaughtering horses unnecessarily or just to make money. I want to make sure that horse owners exhaust all possible options before choosing sending their animal to be slaughtered.