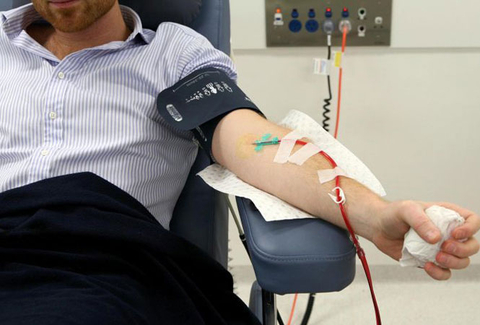 Israel announced this week that its ban on gay and bi men donating blood will be ending.

The country’s emergency medical service Magen David Adom (MDA), which handles blood donations, announced on Wednesday that it would begin a two-year trial period during which all blood will be screened twice.

“Starting very soon, all members of the population will be able to enlist to save lives regardless of their sexual orientation,” said MDA director Eli Bin. “Donation of blood is a right and duty common to all citizens of Israel.”

This announcement follows another made on January 6 by the Health Ministry, which said that gay and bi men could donate blood if they abstain from sex for twelve months. This is currently the US’s policy.

That announcement led to criticism from LGBT and HIV/AIDS advocacy groups in Israel, which called it “irrelevant and unrealistic.”

“The constant refusal to receive blood donations from male members of the LGBT community, and their requirement to lie, was an insult, but it has come to an end,” said Aguda-LGBTQ Taskforce chair Chen Ariely.

Israel joins a growing list of countries that allow men who have sex with men to donate blood, including Argentina, South Africa, and Italy.