Joe Biden to critical Democratic foes: “See you around” 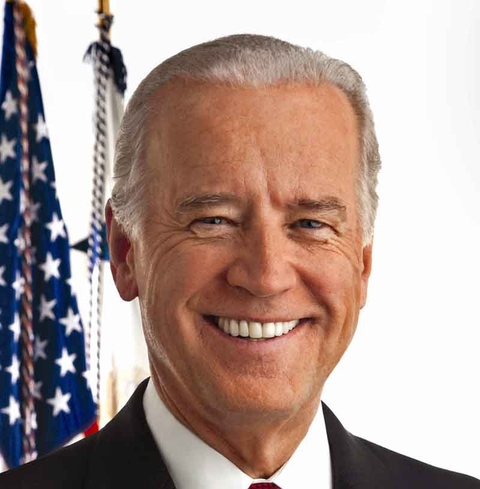 Former Vice President Joe Biden on Tuesday defended his calls for unity, answering criticism of his moderate approach from 2020 Democratic rivals by insisting bipartisan cooperation is the only way to avoid being governed by "wacko executive orders" from President Donald Trump.

"I'm not talking about going back to the past. I'm talking about avoiding a terrible future if we do not figure out how to make this work," he said during a campaign stop in New Hampshire on Tuesday.

Biden's predictions that Trump's presidency will be viewed historically as an "aberration" and that the GOP will have an "epiphany" and become willing to work with Democrats once Trump leaves the Oval Office have drawn the ire of progressive activists who fear that by advocating a return to normalcy, Biden is ignoring systemic challenges that pre-date Trump.

Over the weekend, other Democratic presidential contenders -- who have watched Biden maintain a consistent and wide lead in the polls since entering the race in April -- ramped up their attacks against Biden at the California Democratic Convention.

Speaking with reporters after his first of two campaign stops in New Hampshire on Tuesday, Biden brushed off such barbs.

Asked by CNN about the criticism from his Democratic foes, Biden chuckled and said: "See you around."

Pressed about specific attacks, Biden pointed to New York Rep. Alexandria Ocasio-Cortez working with Texas Sen. Ted Cruz on legislation that would impose a lifetime ban on former members of Congress becoming lobbyists -- the product of a recent exchange between the progressive Democrat and the die-hard Republican on Twitter.

"AOC is now working with Ted Cruz. She's trying to -- now tell me that one, OK?" Biden said.

"Come on man. I understand. I don't blame them," he said of his Democratic foes. "They're good folks, but you know, as I said -- see you around."

Campaigning in Berlin on Tuesday, Biden pointed to executive actions from Trump as an example of the downside of partisan gridlock.

"Now as my mother would say, who died and left him boss?" Biden said.

On the day he rolled out a $1.7 trillion plan to move the United States to net-zero greenhouse gas emissions by 2050 that includes a series of executive steps he says he would take his first day in office, Biden also said climate change should be addressed by Congress -- rather than through executive action.

"You know, we all learn the wrong lessons from one another. I'm worried that a Democrat comes along to say, 'Look, we've got to do something on the environment. I'm gonna take money from other places and I'm going to do it,' " Biden said.

"That's not how the system's supposed to work," he said. "You've got to get people working together, because otherwise there's no way this country can continue to function like it had in the past and will in the future."

Biden repeated his often-used line that Republicans "are my opponents, they're not my enemy."

"And there's people who say you can't work with the other side. And if that's the case, prepare your children for a totally different US; a totally different world," he said. "I don't believe it. What you have now -- and I've used this phrase for a long time -- this ain't your father's Republican Party. This is a different deal. It's a different deal. And it's a minority. And there's people who are looking to bring things together to change."

It's the kind of answer that leads to criticism from his rivals. As they worked to win over a progressive audience at the California convention, his 2020 Democratic opponents cast him as too moderate. The candidates taking shots at Biden didn't use the former vice president's name -- but left no doubt that their words were directed at him.

"Some say if we all just calm down, the Republicans will come to their senses," Massachusetts Sen. Elizabeth Warren said. "But our country is in a time of crisis. The time for small ideas is over."

"As you all know, there is a debate among presidential candidates who have spoken to you here in this room and those who have chosen for whatever reason not to be in this room about the best way forward," Sanders said as attendees booed. "So let me be as clear as I can be: In my view, we will not beat Donald Trump unless we bring excitement and energy into the campaign."