Obama meeting with 2020 hopefuls to discuss party future, running in the age of Trump 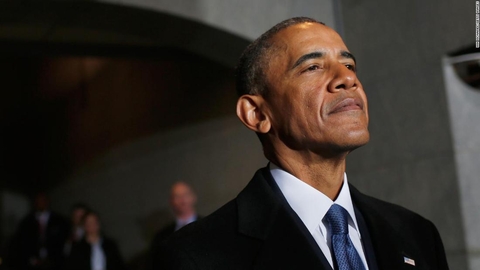 (CNN) -- Barack Obama has met with several Democrats considering running for president in 2020, a Democrat close to the former president tells CNN, offering them advice on running in the Trump era and discussing how to position the party going forward.

The meetings come as the former president charts his future political life and evaluates how he can best help a Democratic Party that is working to figure out how to run with President Donald Trump in the White House. Some Democrats accused Obama of neglecting the Democratic Party apparatus while in the White House, but people close to the former president argue he is fully invested in the future of the party and the bench of talent looking to run on 2020.

Democrats are anticipating a large 2020 field, and there are still several notable potential candidates -- California Sen. Kamala Harris, New York Sen. Kirsten Gillibrand and former Virginia Gov. Terry McAuliffe among them -- who have not yet discussed campaign plans with Obama.

The Democrat did not describe these meetings as sessions where Obama gave each candidate specific advice about running for president -- "This is not about where you put your Sioux City, Iowa office," the source joked. Instead, the source said, Obama spends "much more time on how to respond to the President, positioning and broader challenges with the party."

"He has been very clear about the need for the Democratic Party to rebuild and part of that is lifting up the next generation of leaders," the Democrat said. "So if people want advice or a gut check or just to come in and look at the challenges we face, he is happy to do that."

The meetings, which were first reported by Politico, are part of a number of conversations Obama regularly has with top political leaders in Washington from his office in the World Wildlife Fund building in northwest DC.

Obama has also met with Senate Minority Leader Chuck Schumer and House Minority Leader Nancy Pelosi about the future of the party and Congress and has also spent time with Sens. Michael Bennet of Colorado and Chris Coons of Delaware.

Obama has also had conversations with several Republicans, namely the ailing Arizona Sen. John McCain, who Obama beat in the 2008 presidential election, and Arizona Sen. Jeff Flake, who has become the most vocal Republican opponent to Trump.

Some of the interactions are spurred by 2020 contenders reaching out to Obama, while others are part of ongoing personal relationships he has with prospective candidates. For example, Obama has kept up a personal relationship with Biden, his former vice president, and Holder, who regularly gets Obama's advice on the National Democratic Redistricting Committee.

Obama's public involvement in the 2018 election has so far focused primarily on fundraising. The former President headlined a California fundraiser for Missouri Sen. Claire McCaskill in May and is slated to do a series of events. He is also slated to headline a series of California fundraisers later this year. Obama will headline a fundraiser in the San Francisco area on June 29 with Pelosi and a fundraiser the day before in Los Angeles for the Democratic national committee, according to a source with knowledge of the events.