Pence: "I wouldn't know why there would be" impeachment proceedings 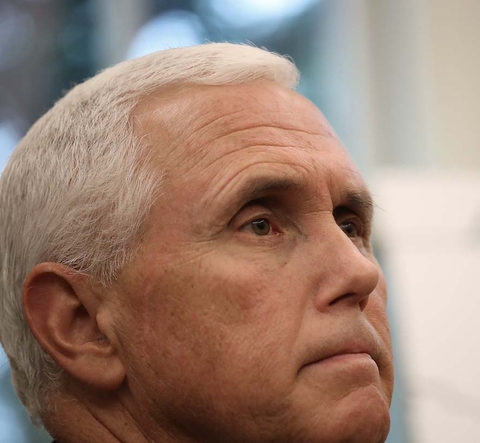 Vice President Mike Pence said he did not know why there would be a basis for Congress to pursue impeachment against President Donald Trump.

"I wouldn't know why there would be; I really wouldn't," Pence said in an interview that aired Sunday with Fox News' Maria Bartiromo.

Growing numbers of Democrats in Congress have called for impeachment proceedings to begin, and one sitting member on the GOP side, Michigan Rep. Justin Amash, have argued the special counsel investigation demonstrated Trump committed impeachable offenses.

Pence said on Fox News that the issues former FBI Director Robert Mueller and his team investigated were "entirely over."

The publicly released version of Mueller's report said the investigation "did not establish that members of the Trump campaign conspired or coordinated with the Russian government," and the report said investigators were unable to clear Trump of obstruction of justice and laid out evidence of potential obstruction. Attorney General William Barr later said that evidence was "not sufficient" to charge Trump with obstruction.

In the interview, Pence also talked up the Trump administration's cooperation with the special counsel, saying its agreement to provide investigators with witnesses and documents amounted to "full cooperation" -- despite Trump's personal refusal to submit to an in-person interview with the special counsel, a point with which the Mueller report expressed overt frustration.