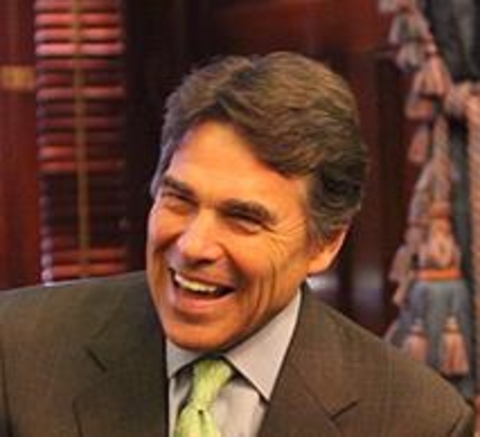 Texas Governor Rick Perry governs the state with the highest rate of uninsured Americans, but won't expand Medicaid to the working poor. Photo by Robert Scoble.

The Republican on Thursday blasted Obama for "cavalierly instructing states to ignore federal law." Perry called Obama reckless and said he was forcing states and insurance companies to correct the "massive problem his signature law has created for millions of Americans."

Obama bowed to pressure after thousands of people received notices that their health insurance plans would be cancelled because they did not meet the minimum standard set in the new health care law. Obama announced changes that will allow insurance companies to keep offering consumers those plans for at least another year.

"Because Texas is not enforcing the Affordable Care Act, it remains to be seen how President Obama's executive order will impact the marketplace and consumers," Texas Insurance Commissioner Julia Rathgeber said in a statement. "Whether a company offers or withdraws a policy is a business decision for that company. We will be closely monitoring the impact of these latest developments on consumers and the industry."

Texas has the highest rate of uninsured Americans, but Perry won't expand Medicaid for the working poor under the law.

The state also refused to create its own exchanges, forcing Texans to use the problem-plagued federal website to enroll for private health insurance.

The state's insurance commission does not monitor cancellations, so it is unknown how many Texans received cancellation notices for policies that had not met the minimum standard.