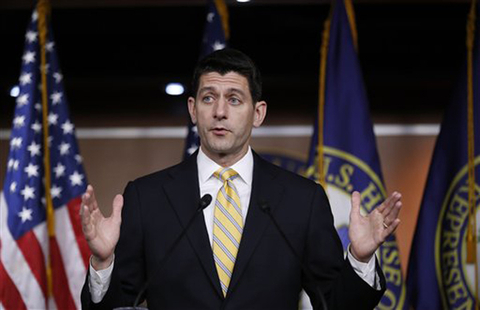 Republican members of the House will try again this week to repeal and replace Obamacare with their version of a healthcare bill.

A key provision of this new bill will give the states the option to opt-out of pre-existing condition coverage and allow insurance carriers to charge higher premiums based on an individual’s health history and age.  States choosing to opt-out would be required to minimize the rate increases on high risk individuals by using programs such as high risk pools.  People affected by this provision may also be offered less coverage.

The new healthcare bill would also allow the states the option to water down or remove the 10 essential coverage provisions of Obamacare which are:

Coverage for these services could be diluted or eliminated at the discretion of the insurance companies.  Older Americans between 50 and 65 could be charged at a much higher premium, but the increases are limited to three times the price of the youngest Americans.

According to an article published by the Henry J. Kaiser Family Foundation Medicaid changes under this new bill will have a profound effect on services, especially to non-elderly adults with severe disabilities (http://kff.org/medicaid/issue-brief/medicaid-restructuring-under-the-american-health-care-act-and-nonelderly-adults-with-disabilities/). Medicaid expansion would be cut and the states will have the option on providing funds for many of the services.

Under the Republican plan the requirement to have insurance will be eliminated as will all subsidies.  Older Americans, however, will have certain tax credits based on age.  Younger individuals will receive no credits or subsidies.

This new addition to the healthcare bill previously proposed has brought in many of the conservative votes lost during the last effort to repeal Obamacare, but has made many of the moderates nervous.  The Republicans can only lose 22 votes assuming no Democrats cross over.  So far, 21 Republicans have said No and 13 are unsure according to a CNN report.

A vote on this new healthcare bill is expected by the end of this week.  If you care to give your opinion or have any comments on the upcoming vote, those Republican Representatives in TheGayly region supporting this bill along with their Washington, DC office phone numbers are as follows: