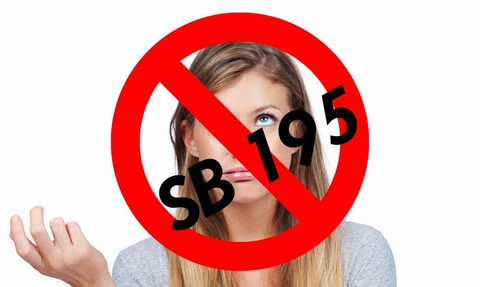 In response to Bill prohibiting abortion in Oklahoma passes out of committee, a Gayly supporter and activist, Sarah Hoss wrote this letter to Senator Greg Treat and is allowing us to share with our readers:

Seriously...what the hell this the matter with you? Do you think this bill has anything to do with ending abortion? No. It makes you and everyone else in the State Legislature who supports this look like an asshole. For starters, you do not have a uterus so what the hell do you know about conception and pregnancy and abortion? Second, why the hell should the Oklahoma State Government dictate what a woman does with her uterus? How about the government dictate your use of Viagra. Or every time you ejaculate sperm? Or every time you attempted to get your wife pregnant and failed. Are you pissed off yet? Good. Now you know how I feel. Now you know how millions of women in Oklahoma feel.

Get your head out of your ass and stop with this nonsense. Abortion is LEGAL and even if it wasn't women would still get abortions. This bullshit legislation is not going to make Oklahoma a top 10 state.

Now to email the rest of the committee.

Have a nice day,
Sarah Hoss

And, in a response to our request, The Gayly received this statement from Tamya Cox-Touré, Planned Parenthood Great Plains Votes Regional Director of Public Policy and Organizing, on SB 195:

“Every person deserves the right to pursue the life they want, including the right to decide to end a pregnancy. SB 195 would ban access to safe, legal abortion in Oklahoma and insert the government into a woman’s personal, private decisions about her own body and her health.

"This is an extreme and dangerous attack on women’s health and rights — and we’re asking Oklahomans to take action now. Contact your senators and tell them to stop attacking health care and start focusing on policies that move Oklahoma forward.”

If you would like to express your opinion to our readers on any issue, email editor@gayly.com. Submissions do not guarantee publication.
The Gayly. 2/26/2019 @ 9:37 a.m. CST.