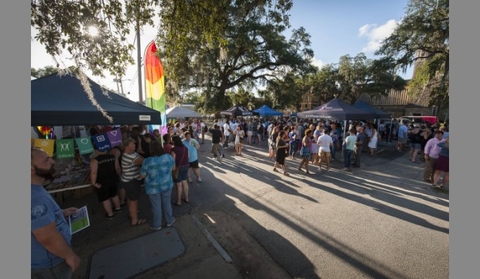 The First City Network is a nonprofit organization serving Savannah's lesbian, gay, bisexual and transgender residents. The group opened the doors of its new community center to the public with a block party Thursday evening.

It's got conference rooms for support groups and community gatherings, gender-neutral bathrooms and offers health services including HIV testing and counseling.

Bill Wooten, the center's committee chairman, says the facility provides "a safe place for those who may feel bullied or having issues with acceptance." He says the First City Network estimates 10,000 to 16,000 LGBT+ residents live in Savannah.