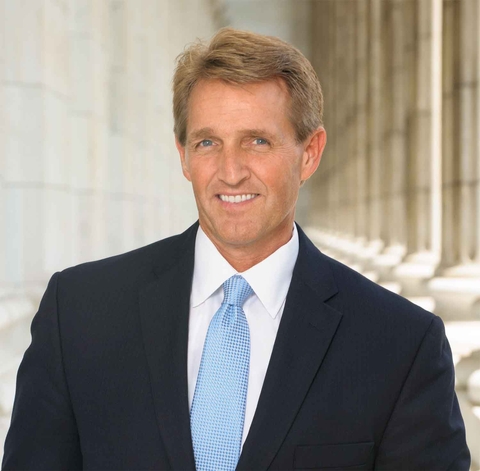 Republicans may let the bill to protect special counsels such as Robert Mueller to come up for a vote, Senate sources told CNN on Tuesday, in an effort to win over Arizona Republican Sen. Jeff Flake who has vowed to vote against pending judicial nominations until the measure is considered by the chamber.

Senate Majority Whip John Cornyn told CNN on Tuesday that GOP leaders are whipping the Mueller bill to see where the votes are.

"We are whipping the bill to see where people are, to give us an idea of what the outcome would be," he said. It is likely to fail since it would almost certainly need 60 votes for passage and most Republicans oppose it, either saying it's unnecessary or contending it's unconstitutional. Republicans control 51 seats to Democrats' 49.

Cornyn said he strongly opposes the Mueller bill, but GOP leaders may allow the bill to get a vote in order to get Flake to back off his opposition to all judicial nominations until there is a vote on the Mueller bill.

This could have an immediate impact, as President Donald Trump's federal judge nominee Thomas Farr's vote is expected later this week and is also expected to be razor-thin. If GOP leaders can get Flake on board, that would build in some margin if any other Republican votes against Farr. Asked about the Farr nomination earlier on Tuesday, South Carolina Republican Sen. Tim Scott, whose opposition to specific Trump nominees has led to the pulling of at least one nomination, said he's "doing my homework."

Senate Democrats are pushing this week to defeat the nomination of Farr to be a district court judge in North Carolina. They say they oppose him because he worked on that state's controversial voter ID laws and on the 1990 campaign of Jesse Helms that was accused of sending misleading mailings to African-Americans.

"Every American should be alarmed by the attempt to confirm a nominee with Farr's egregious record on voting rights, particularly with the Republican agenda to maintain power by limiting access to the ballot now on full display," Democratic Senate Minority Leader Chuck Schumer said in a statement Monday.

Flake on Tuesday would not commit to backing the Farr nomination if the special counsel bill is brought to a vote, saying he would consider it "on the merits."

He also said he's rejected offers by GOP leaders to vote on a non-binding resolution or something to demonstrate that the votes aren't there to pass the measure. But he said if the Senate rejects the Mueller bill, the fight is essentially over, a sign he won't demand it be added to a bill to keep the government open.

"If it fails, that's it -- I can't require passage," Flake told CNN. "What I can require is that it be brought to a vote."

In July, the White House withdrew the nomination of Circuit Court hopeful Ryan Bounds, moments before the nominee was to face his Senate confirmation vote following Scott's decision to raise concerns to Senate leaders. Scott's concerns revolved around the content of Bounds' writings -- which critics labeled racially insensitive -- while at Stanford and the fact that Bounds did not disclose the writings to a bipartisan committee of attorneys in Oregon that had recommended him for Ninth Circuit job.

Flake, who sits on the Senate Judiciary Committee and is retiring at the end of his term in January, made his pledge not to back judicial nominees about two weeks ago, pushing for a floor vote on the Mueller protection bill. His call came after Trump fired Jeff Sessions and put in place Matthew Whitaker, a vocal critic of the Mueller investigation, as acting attorney general.

"The President has said that he's not going to move on the special counsel. But that's not enough," Flake said on the Senate floor on November 14. "And perhaps that's what gives comfort to the majority leader. ... But it doesn't give comfort to me."