Some gobble down turkey, then shop to start holiday season 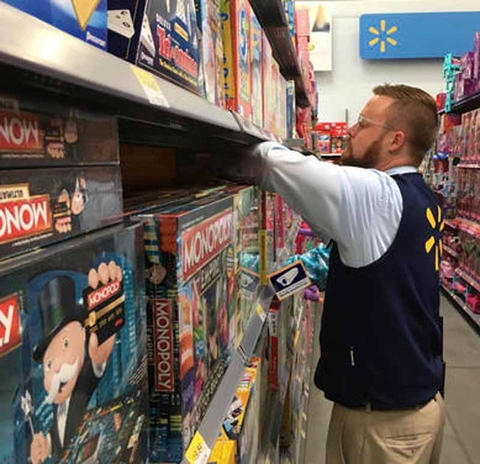 New York (AP) — Gobble down the turkey, then head to the stores.

Thanksgiving Day, rather than the day afterward, has become the start of the holiday shopping season in a shift that delights some and disgusts others.

Many of the nation's mall operators and the big retailers that anchor them, such as J.C. Penney and Macy's, are sticking with what they would like to see established as a new Thanksgiving tradition.

The competition to grab customers first is keen: Macy's opens at 5 p.m. Thursday, an hour earlier than a year ago after seeing Penney's open at 3 p.m. last year. Penney's is sticking with that time.

But many workers complain that stores are putting profits over workers' time to be with their families, and some shoppers vow never to shop on the holiday.

At the same time, some stores believe it's not worth opening on Thanksgiving since the sales are spread out. Consumer electronics chain hhgregg Inc. and the Mall of America in Minnesota are closed on Thanksgiving after opening on the holiday in the past.

In general, many are offering the same deals in their brick-and-mortar stores as online, and they're pushing them even earlier this year for online shoppers. Wal-Mart started its Thanksgiving sale online at 12:01 a.m. ET Thursday, three hours earlier than last year. It's also increasing the number of products for online orders by 50 percent for the holiday kickoff compared to a year ago. J.C. Penney made its deals available on its website the day before Thanksgiving.

Target Corp. plans to offer its Cyber Monday deals in its stores as well for the first time, and is launching them on Sunday. It's hoping to avoid the web snafus it saw a year ago, while also catering to shoppers who want to go back and forth from the stores to online.

As the start of the holiday season creeps ever earlier, retailers have been offering discounts on holiday merchandise since late October. Some stores saw slower sales this year as the contentious presidential election proved to be a big distraction. Warm weather also dampened shoppers' appetite for cold-weather items.

While there's still some concern about how the fractious political environment may affect shoppers' behavior, store executives point to an improving economy and solid job market as reasons to be optimistic.

The National Retail Federation, the nation's largest retail group, expects holiday sales to rise 3.6 percent for November and December, better than the 3 percent growth seen for those months last year. That excludes car sales, gas and restaurant receipts but includes online spending and other non-store sales like catalog spending. The group estimates that non-store sales should rise 7 to 10 percent.

This weekend is crucial to set the tone for the season. Around 137 million people plan to or are considering doing their shopping during the Thanksgiving weekend, according to a survey conducted for the NRF. That includes online and store shopping. Black Friday, the day after Thanksgiving, vies with the Saturday before Christmas as the busiest shopping day of the year.

By Anne D'Innocenzio, AP Retail Writer. Copyright 2016 The Associated Press. All rights reserved. This material may not be published, broadcast, rewritten or redistributed.