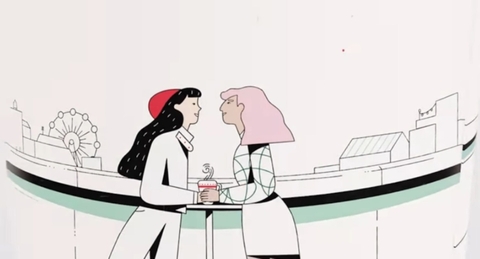 Starbucks has launched a festive ad campaign including a same-sex twist.

The inclusive ad has been launched and is available to view on YouTube.

It says that “the cup is just the beginning”, and the animated ad includes various families including a same-sex couple.

Leanne Fremar, the Starbucks executive creative director, said the ad is “an ode to the years”.

It also encourages fans to create their own designs by coloring in white space on the standard Starbucks cups.

The ad says: “The holidays mean something different to everyone”.

As well as a lesbian couple, the ad includes a straight couple, a woman video chatting with elderly relatives and a father and daughter.

The brand has faced boycotts in recent years for supporting same-sex marriage and other LGBT+ issues in ad campaigns and directly.