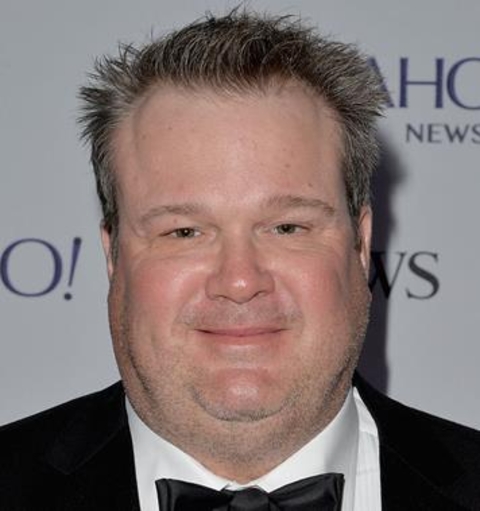 New York (AP) — Actor Eric Stonestreet predicts that one day, it's not going to take an act of courage for an openly gay person to play in the NFL.

"It's going to be considered common. It's not going to feel taboo, and people are not going to feel they need to be closeted or keep their sexuality a secret because of other people's opinions," Stonestreet told The Associated Press on Wednesday.

The "Modern Family" star, who plays a gay man on the popular ABC show, said, "Times are changing and Jason Collins, Michael Sam and those guys who have come out are most definitely having an impact with society."

Sam came out as gay before this year's NFL draft. He was drafted in the seventh round by the St. Louis Rams. Collins, who played basketball for the Brooklyn Nets last season, is the first openly gay athlete to play in a professional league in North America.

The two-time Emmy winner, who plays Cameron Tucker on "Modern Family," said it won't be so sensational for a gay athlete to come out as it becomes more acceptable.

Stonestreet noted that Sam, like any athlete, will have to earn his way onto the St. Louis Rams roster. His spot is not guaranteed.

"Football is a great sport in that way. You work hard, you put in the hard work, and you prove what kind of football player you are," he said. "We know what kind of man he is. He's a great man and a true inspiration. Now it's time to see if he can play at the NFL level. Guess what? Not everybody can play in the NFL."

Stonestreet made the comments at a press event promoting Swiffer cleaning tools. A video short featured his personal "Swiffer story" with his mother, Jamey, who poked fun at his cleaning habits.

In a nod to same sex marriage, the season finale of "Modern Family" featured the marriage of Cameron and partner Mitch.

"I knew that from the beginning of the show, they wanted Mitch and Cam to be married. With the overturning of Prop 8 last year in California, that paved the way for telling a true and honest story."