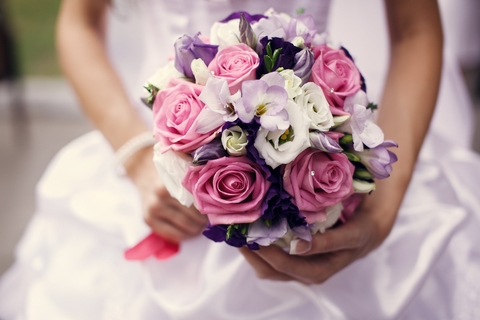 Photo by Shutterstock via CNN.

How the justices act on the petition in the case, called Arlene Flowers v. Washington, could offer hints about how quickly other such challenges pitting religious liberty versus LGBT rights return to the high court. If, for example, the justices vote to take up Arlene Flowers for next term, then they could reignite a raging debate that wasn't resolved in the narrow opinion they issued last Monday.

In siding with the baker, Justice Anthony Kennedy, writing for a 7-2 majority, tailored his opinion to the specifics of the case at hand instead of issuing a broad ruling that could have impacted businesses across the country. Kennedy focused on the fact that the Colorado Civil Rights Commission had shown animus toward the baker's religious beliefs during an early proceeding in the case.

"The commission's hostility was inconsistent with the First Amendment's guarantee that our laws be applied in a manner that is neutral toward religion," Kennedy said.

But before the ink was dry, the ACLU, representing the gay couple behind the challenge, claimed that they had lost the battle but won the war.

Writing an op-ed in the Washington Post, David Cole, the national director of the ACLU, emphasized that the court's holding was specific to the case at hand, and that the justices did not rule on arguments put forward by the baker arguing that Colorado had violated the baker's rights by compelling him to make one of his custom cakes in violation of his free speech rights. Cole wrote he had feared a much broader ruling.

Kennedy, "could not have been more clear in rejecting the argument that there is a First Amendment right to discriminate," Cole wrote.

The case the court is considering

But a lawyer for the baker, Kristen Waggoner, praised Kennedy's opinion and believes it could apply to another one of her clients, Barronelle Stutzman, whose case is pending before the Supreme Court.

Stutzman refused to make a floral arrangement for long-time client Robert Ingersoll's same-sex wedding. In a statement, she said that while she serves everyone, she cannot "create a custom floral arrangements that celebrates events or express messages at odds with my faith."

She has lost at the lower court level, but following the Masterpiece ruling on Monday, Waggoner said that Stutzman's case also touches on similar animus by the state.

She accused the Washington Attorney General of "repeatedly and overtly" demeaning her client's faith.

"In Masterpiece Cakeshop, the US Supreme Court denounced government hostility towards the religious beliefs about marriage held by creative professionals like Jack Phillips and Barronelle Stutzman,"she said. "Such hostility exists when the government treats those people of faith worse than other business owners."

As the justices consider whether to take up the Arlene Flowers case that had been put on hold pending the result of Masterpiece, they have several options.

Lawyer Joshua Matz, who filed a brief in support of the couple in Masterpiece, thinks the court will likely deny review.

"The potential implications of a broad ruling on these free speech and religious exercise claims are extraordinary," Matz said.

"Based on their usual practice of allowing reflection and further development after issuing significant opinions like Masterpiece, it is doubtful that the Justices will immediately dive back into these treacherous waters," he said.

In his opinion, Kennedy warned that more challenges were inevitable.

"The outcome of cases like this in other circumstances must await further elaboration in the courts, all in the context of recognizing that these disputes must be resolved with tolerance, without undue disrespect to sincere religious beliefs, and without subjecting gay persons to indignities when they seek goods and services in an open market," he wrote.