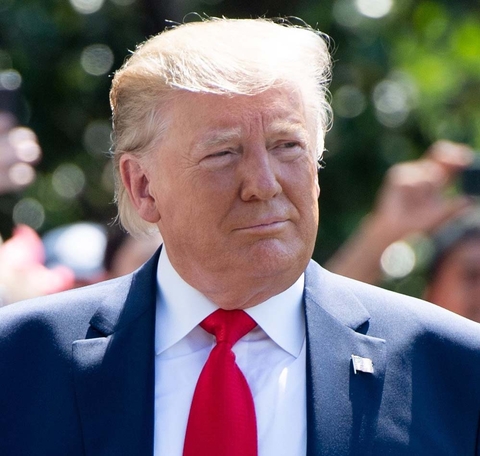 The President of the United States. AFP, Getty Images.

One official said the action is expected to address the citizenship question that's captured his attention. Trump tweeted Thursday morning he would be holding a press conference in the Rose Garden in the afternoon about "the census and citizenship."

The Supreme Court late last month blocked a citizenship question from being added to the 2020 census. The bitter controversy centers around whether the administration can ask all recipients a citizenship question on the 2020 census for the first time since 1950 -- a move that could impact the balance of power in states and the House of Representatives, which are based on total population. Adding the question, critics say, could result in minorities being undercounted.

Some type of direct action by Trump has been one of several avenues explored by the administration to place the question on the decennial population survey following the late June Supreme Court ruling. But any action by the President is likely to be challenged in court.

Following the Supreme Court ruling, the Trump administration initially announced printing would go forward without the question. Government attorneys had asserted to the courts that the printing process -- either with or without the question -- needed to begin on July 1.

That approach was thrown into disarray when Trump abruptly changed course last week. White House and Justice Department officials spent the Independence Day holiday considering ways to include the question.

It was not immediately clear how the administration would implement the addition of the question to the census forms and the cost of the move. It could, for example, reprint the forms that have been printed without the question, or print a supplemental page.

A Census Bureau official said during a trial last year that the form could be finalized after June, and as late as October, but only if "exceptional resources" were provided. He did not specify a dollar figure.

Meanwhile, legal maneuvering is expected to stretch through the summer in two federal trial courts. A district judge in New York is set to hear arguments from critics of the question that the government should be sanctioned. In Maryland, a judge recently reopened the trial after an ACLU-led group presented what they say is new evidence the question was proposed with discriminatory motives. A hearing on the evidence is scheduled for after the Labor Day weekend.