Trump faces an early test with Republicans over Russia 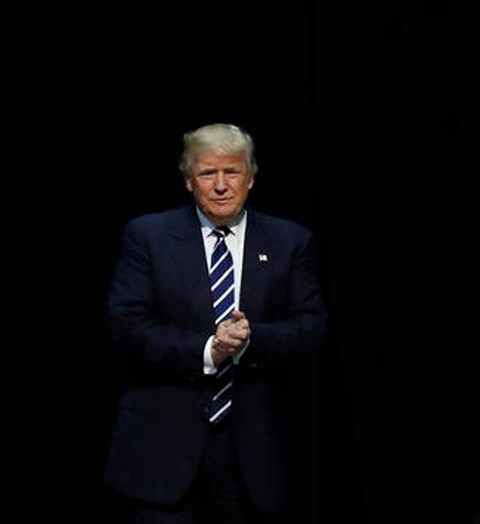 New York (AP) — President-elect Donald Trump is facing an early test with fellow Republicans over U.S. relations with Russia, as lawmakers seek to investigate a CIA assessment that Russia interfered in the November election and issue warnings over the incoming president's potential pick for secretary of state.

Trump said Sunday the recent CIA assertion that Russian hacking had sought to help his candidacy was "ridiculous," and he praised ExxonMobil CEO Rex Tillerson, who has emerged as the leading contender to lead the State Department.

But two key Senate Republicans — John McCain of Arizona and Lindsey Graham of South Carolina, a leading Trump critic — joined with two Democrats in seeking a bipartisan investigation into the Kremlin's activities during the election. And McCain, the party's 2008 presidential nominee, questioned whether Trump should nominate Tillerson, citing the executive's longstanding business ties with Moscow.

"It's a matter of concern to me that he has such a close personal relationship with Vladimir Putin," McCain said of Tillerson. "And obviously they've done enormous deals together." In an interview with CBS' "Face the Nation," McCain said, "That would color his approach to Vladimir Putin and the Russian threat," the announcement said.

Trump's transition team announced Monday that his choice to head the Department of Homeland Security is, as expected, Gen. John Kelly. Kelly is a former commander of U.S. Southern Command with "unique insight into some of the challenges the United States faces at its southern border," the announcement said.

Trump is also planning a news conference on Thursday to outline how he intends to separate himself from his sprawling business enterprise.

During his campaign, Trump weathered turbulent relations with fellow Republicans but has since forged a more united front with GOP lawmakers since his November victory over Hillary Clinton.

The CIA recently concluded with "high confidence" that Russia sought to influence the U.S. election on behalf of Trump, raising red flags among lawmakers concerned about the sanctity of the U.S. voting system and potentially straining relations at the start of Trump's administration.

In a wide-ranging interview with "Fox News Sunday," Trump dismissed those concerns as little more than partisan griping. "I think the Democrats are putting it out because they suffered one of the greatest defeats in the history of politics in this country. And frankly, I think they're putting it out. And it's ridiculous," Trump said.

The incoming president said he did not necessarily oppose calls from President Barack Obama for an inquiry into the 2016 campaign hacking but said it should not be solely focused on a single culprit.

"If you're gonna to do that, I think you should not just say 'Russia.' You should say other countries also, and maybe other individuals," he said. The White House has said the probe would focus on any breaches by other countries along with hacking committed in previous elections.

Trump's decision-making on whom to select for secretary of state has stretched out over several weeks. He has been considering former Massachusetts Gov. Mitt Romney, a one-time vocal Trump critic, Sen. Bob Corker of Tennessee, who leads the Foreign Relations Committee, and Tillerson, the oil industry executive who met twice with Trump during the past week.

In the television interview, Trump pointed to Tillerson's deep relations with Moscow as a selling point. As ExxonMobil's head, he maintained close ties with Russia and was awarded by Putin with the Order of Friendship in 2013, an honor for a foreign citizen.

"These are all very different types of people," he said. "But when you ask me about Rex, I mean, he's a world-class player. There's no question about it." By Sunday afternoon, Tillerson had still not been formally offered the job, according to a person with knowledge of the process who spoke on condition of anonymity.

Democrats have warned that plucking Tillerson for State would put the leader of the world's largest oil company in a pivotal role on issues like climate change and the future of the Keystone XL pipeline. They also question whether he would apply diplomatic pressure on Russia's conflict with Ukraine.

Sen. Bob Casey, D-Pa., said the developments "raise serious questions about whether the incoming administration will adequately stand up to Russia's aggression."

The prospect of Tillerson also received a cool reception from some Republican members of the Senate Foreign Relations Committee, which would consider his nomination.

Sen. Marco Rubio of Florida, who unsuccessfully challenged Trump for the GOP nomination, wrote on Twitter, "Being a 'friend of Vladimir' is not an attribute I am hoping for from a (hashtag)SecretaryOfState."

Russia's influence has also been seized upon by a small group of Democratic electors who call themselves the "Hamilton Electors" and are trying to persuade electors to back another Republican because they contend Trump is unfit to be president.

Trump won 306 electoral votes in the election, a comfortable margin to make him the next president when the electoral college meets Dec. 19. But the Hamilton Electors want the CIA and FBI to provide more details on Russia's influence before that date.