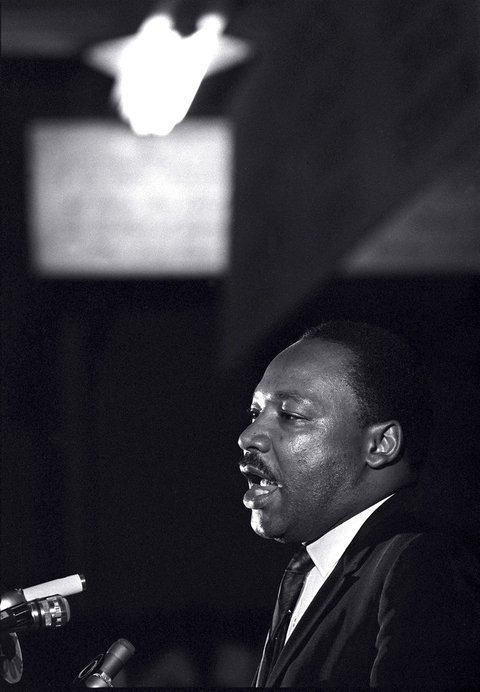 MEMPHIS, Tenn. (AP) — Fifty years ago, the Rev. Martin Luther King Jr. was killed while standing on the balcony of the Lorraine Motel in Memphis, Tennessee. The civil rights leader's shocking murder on April 4, 1968, marked one of the most significant moments in U.S. history.

The city's role in the civil rights movement and King's death has long made it a destination for anyone interested in King's legacy. Museums, churches and even iconic Beale Street tell the story of King's final days here.

Thousands of people are expected to make the pilgrimage to Memphis for the 50th anniversary. Several events honoring King's work and commemorating the sanitation workers strike that brought him to Memphis have already taken place. More are scheduled in early April, including marches, speeches and conferences.

The Associated Press takes a look at places to visit with connections to King in Memphis and other U.S. cities, along with some events. 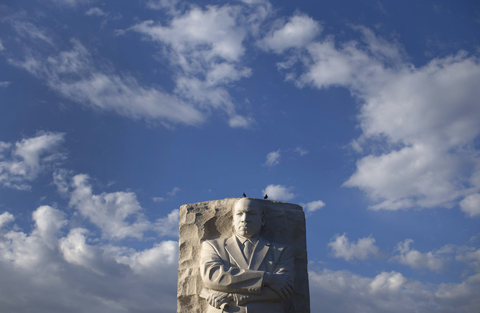 The National Civil Rights Museum in the South Main area of downtown Memphis is the center for all things related to King in the city. The museum, built at the site of the Lorraine Motel, opened in 1991, then underwent a $28 million renovation and reopened in 2014 with many new interactive exhibits.

From the street, visitors approaching the museum see a striking sight: a wreath on the balcony where King was shot. Inside, exhibits tell the story of the civil rights movement, including detailed scenes of the desegregation of a lunch counter and sanitation workers marching in Memphis. The workers were seeking higher pay and better working conditions after two of them were killed by a malfunctioning garbage truck.

Visitors end their museum tour back at the assassination site, looking into the preserved interior of room 306, where King was staying, and looking out, from inside the building, onto the balcony where he was shot.

The museum plans several anniversary events, including on April 4, a day of remembrance and the opening of an exhibit of more than 150 photographs looking back at the 50 years since King's death.

With its tall tower and multi-colored stained glass windows, this 19th century church was the headquarters for the sanitation workers strike. Men and women regularly gathered at the temple for meetings, rallies and before marching to City Hall.

Led by King, supporters of the sanitation workers assembled at the temple before embarking on his first march in Memphis, on March 28, 1968. That march turned violent: Police and protesters clashed, and several storefront windows on Beale Street were smashed. Marchers ran to the temple, seeking sanctuary. Police beat protesters outside the building, and threw tear gas inside.

The temple eventually fell into disrepair and closed, sitting empty for 25 years. In 2016, a group called Clayborn Reborn announced it was renovating the church. Work is underway and a memorial honoring the sanitation workers is under construction. The stately building sits across from the modern FedExForum, home of the NBA's Memphis Grizzlies.

The night before he was killed, King made a stirring speech at this church, located near the Lorraine Motel. In his "I've Been To the Mountaintop" speech, King gave an impassioned account of his life experiences and seemed to foretell his death when he said: "I've seen the Promised Land ... I may not get there with you."

Built in the 1940s, the gray church looks plain and boxy from the outside. But inside reveals a cavernous nave, with pews surrounding an elevated pulpit. Colorful flags are placed throughout the church. It's easy to imagine people standing in the balcony during King's speech, which was delivered on a stormy night, with thunder booming and winds shaking the building.

The Mason Temple is scheduled to host a "Mountaintop Speech Commemoration" event on April 3 with King's children, Bernice King and Martin Luther King III, and Andrew Young, a confidant of King's and former U.S. ambassador to the United Nations.

The temple is also the finishing point for an April 4 march that could attract as many as 100,000 people. The rapper Common and other performers will kick off the march with a rally at the union hall where the sanitation workers organized in 1968.

In Washington, D.C., the Martin Luther King Jr. Memorial is inscribed with words from King's "I Have A Dream" speech, which he delivered at the Lincoln Memorial.

In Montgomery, Alabama, the Dexter Parsonage Museum is located in the house where he lived while serving as pastor of the Dexter Avenue Baptist Church and while leading the bus boycott that started with Rosa Parks' arrest.

In Atlanta, Martin Luther King Jr. National Historical Park includes a visitor center with a civil rights museum, King's boyhood home and Ebenezer Baptist Church, where King served as co-pastor with his father. At the nearby King Center, an outdoor memorial offers reflecting pools, eternal flame and the crypts where King and his wife Coretta were interred.

Georgia Tourism has launched a "Footsteps of Dr. Martin Luther King, Jr. Trail" with these and other sites, including the First African Baptist Church in Dublin, where King gave his first speech as a teenager.

While Memphis hotels are mostly filled up for the anniversary of King's death, it's a much more somber event than what the city typically promotes, said Kevin Kane, president and CEO of the Memphis Convention & Visitors Bureau.

"The eyes of the world will be on Memphis," Kane said.