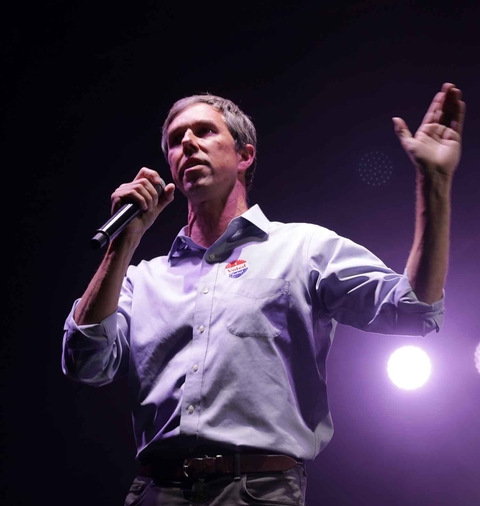 The meeting took place at Obama's post-presidency offices in Washington, DC, according to The Post, and comes amid rising speculation over whether O'Rourke will mount a 2020 presidential bid following his unsuccessful Senate run in Texas during the midterm elections.

O'Rourke lost to Republican Sen. Ted Cruz by less than 3% and raked in record-breaking fundraising numbers -- raising $38.1 million during the third quarter, which was the most that had ever been raised by a US Senate campaign in a quarter.

The narrow margin has fueled support among Democrats who hope O'Rourke runs.

Just a week before the reported meeting between Obama and O'Rourke, CNN reported that there was speculation among O'Rourke's Senate campaign staffers that he would enter the 2020 pool, according to multiple people involved in those conversations.

Obama has also publicly praised O'Rourke and his 2018 campaign.

Speaking at a taping of The Axe Files podcast in late November, Obama called O'Rourke an "impressive young man who ran a terrific race in Texas" and compared the senator to himself.

"The reason I was able to make a connection with a sizeable portion of the country was because people had a sense that I said what I meant," Obama said. "And that's a quality that, as I look at what I'm sure will be a strong field of candidates in 2020, many of whom are friends of mine and whom I deeply respect -- what I oftentimes am looking for first and foremost is, do you seem to mean it? Are you in this thing cause you have a strong set of convictions that you are willing to risk things for?"