What is "Medicare For All?" 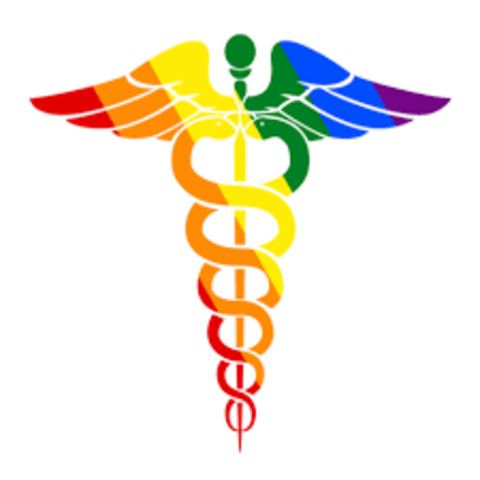 The fight to preserve Obamacare kept ambitious Democrats in near lockstep during the first two years of Donald Trump's presidency. But as the party begins the process of selecting a 2020 nominee, the future of health care in America has emerged as an early flashpoint.

At the center of the early debate is whether Medicare for all -- a national, government-run system -- should be a centerpiece of the party's platform. Beyond that, there is a more vexing question, given broad public support for the concept: how to both define what Medicare for all means and sketch out a realistic path to enacting it.

The ensuing disputes have frayed Democratic solidarity over health care, kicking off the first meaningful policy scrap of the 2020 primary contest. What had recently been passed off as minor or, given the Republicans' grip on government, academic differences, are now opening up like seismic rifts -- offering insights for voters not only into the candidates' visions for health care, but on how they might act as president.

Sen. Bernie Sanders, who is expected to announce a second presidential run soon, has been customarily unequivocal, tweeting last week that "Medicare for all will be opposed by all of the special interests—drug companies, insurance companies, Wall Street—who make billions from our dysfunctional health care system," before pledging to "win this fight."

The other 2020 contenders have offered more nuanced -- or muddled, depending on how you view it -- takes on the issue. Though there remains broad agreement among them that health care is a human right -- one that the government should guarantee, even if only as a last resort -- questions over how to get there have yielded a variety of answers.

Sen. Kamala Harris at a CNN town hall a week ago said she backed the elimination of private insurers, a necessary feature of achieving single payer health care in its purest form. Her call to "eliminate all of that" and "move on" prompted a round of howling criticism from the right and centrist Democrats. When a similar question came to Sen. Cory Booker on Friday, he went the opposite direction, noting that "even countries that have vast access to publicly offered healthcare still have private healthcare, so no."

Asked during a Bloomberg interview whether there was "room for private health insurance in your vision of the ideal American health care system," Sen. Elizabeth Warren never quite gave a direct answer. Instead, she mapped out the quandary facing most Democrats.

"How do we get universal coverage, Medicare for all? Lots of paths for how to do that," Warren said. "But we know where we are aiming. And that is, every American has health care at a price they can afford. And that the overall costs in the system are held as low as possible."

Pressed to be more specific, she added: "There are multiple bills on the floor in the United States Senate. I've signed onto Medicare for All. I've signed on to another one that gives an option for buying in to Medicaid. There are different ways we can get there. But the key has to be always keep the center of the bulls-eye in mind. And that is affordable health care for every American."

Warren's assessment holds up as an accurate description of where most of the candidates -- including Sanders, up to a point -- and party people come down on the issue. Warren, Harris, and Booker were among the cosponsors of Sanders' 2017 Medicare for all bill. But they are also supporters of more moderate legislation, like a bill from Hawaii Sen. Brian Schatz, himself a Medicare for all cosponsor, that would allow Americans to buy into the Medicaid program for the low-income. Among its backers: Bernie Sanders.

"I always thought Medicare-for-all was a great idea," Sen. Kirsten Gillibrand, who helped craft the four-year phase-in policy that's part of the Sanders bill, said during her first trip to Iowa. "When I first ran (for a House seat) in 2006, I made it really clear: I said, wouldn't it be good if you had at least one not-for-profit public option? Wouldn't it be good if anybody could buy into Medicare at a price they could afford just to create competition? Because those insurance companies keep raising your rates because they can. They're not interested in making you healthy; they're more interested in making money."

A more gradual approach, such as Medicare buy-in plan, is plainly favored by Ohio Sen. Sherrod Brown, who views it as a more feasible option given the partisan realities on Capitol Hill.

"If someone has lost her job at [age] 58 or his plant's closed at 62, he should be able to buy into Medicare early," Brown, who is considering a run, said at a gathering at the Clear Lake Area Chamber of Commerce in Iowa on Friday. "To me that's about helping people now ... it's something we might be able to get through Congress."

Then, across the Democrats' deeper ideological divide, reside the billionaire businessmen: Michael Bloomberg, the former mayor of New York, and Howard Schultz, the former Starbucks CEO who would not run as a Democrat but has the party sweating over his potential as a spoiler. Both have rejected Medicare for all outright.

"We could never afford that," Bloomberg said in New Hampshire last week, before arguing that the elimination of the "entire private system where companies provide health care for their employees would bankrupt us for a very long time."

Schultz went a step further, rhetorically, first by calling any plan to wipe out public insurers "not American," then -- backing off that term -- describing Medicare for all an interview with CNN's Poppy Harlow as simply "unaffordable."

"What I believe is that every American has the right to affordable health care as a statement," he stated, adding: "We need to go back to the Affordable Care Act, refine it and fix it."

One reason why candidates are dancing around the future of private coverage? Because as much as Americans complain about the nation's health care system, they generally like their insurance plans and want to keep them.

Private insurers still operate in Canada and many European countries with public health care systems. They typically offer supplemental policies that provide patients faster access to care, lower out-of-pocket expenses or cover benefits not provided by the government programs, such as dental treatments.

Some influential moderate Democrats are also trying to broaden what's thought of as Medicare for all to include more modest plans to expand coverage, such as adding a public option to the Affordable Care Act exchanges or allowing Americans to buy into Medicare or Medicaid.

"There is a major scramble and counter-offensive happening among the Democratic Party establishment to ensure that leading 2020 candidates back off from single-payer, Medicare for All," Waleed Shahid, the Justice Democrats top spokesman, tweeted on Saturday. "They will try to redefine M4A as a buy-in. Don't let them."

On Sunday morning, Pete Buttigieg, the young mayor of South Bend, Indiana, who entered the primary ten days earlier, was asked by ABC News about Harris' answer at the CNN event. He affirmed his support for Medicare for all but also argued that "there can be a role for the private sector."

"Medicare for all is the best framework, right? So if we want to make Medicare available to everybody, whether it's as a public option to buy in or simply establishing that as how the payer structure works in this country, that's going to be the center of gravity," he said. "And the bottom line is we need to make sure that every American is able to get health care."