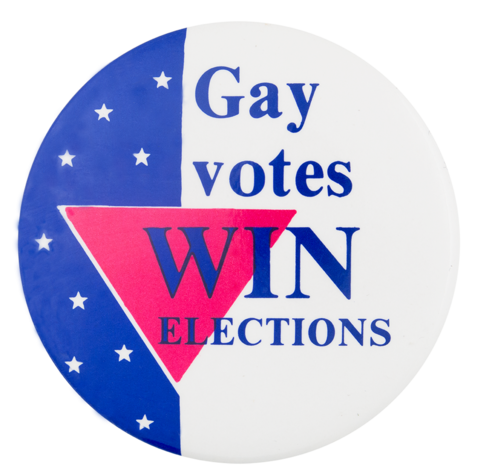 Some 21 percent of LGBTQ adults aren’t registered to vote, according to a recent study by the University of California, Los Angeles’ Williams Institute. That’s compared to an estimated 17 percent of non-LGBTQ adults.

The study found that nine-million registered voters identify as LGBTQ. The finding, part of a more extensive poll of 2,237 people that measured LGBTQ voters’ demographic characteristics and political attitudes, came as LGBTQ rights have taken center stage in the national conversation.

Some LGBTQ voters already face an uphill battle making their voices heard at the ballot box.

“At Freedom Oklahoma, we tell people that voting is not the only tactic, but that it is an important tactic, and we want to work to make it an even more important tactic,” Allie Shinn, executive director of Freedom Oklahoma, said in a recent podcast interview with The Gayly. “We face voter suppression across this country, which disproportionately affects Black and Brown Americans, but it also disproportionately affects LGBTQ2S Americans.”

Freedom Oklahoma advocates for better lives of all LGBTQ2S people in Oklahoma.

Shinn said LGBTQ2S people are also more likely to be un-homed, and that makes it much harder to register to vote, much less get to the polling place, or more likely to be working an hourly job, which makes it challenging to take time off to go vote.

“Getting to vote is not always ‘top of mind’ when you’ve got like 25 different hurdles just to get through the day. We think it is important to tackle all the barriers to voting.

“At Freedom Oklahoma, we believe all issues are queer and trans issues because LGBTQ2S people live on the margins of every marginalized group in this country,” she said. “What that means is if you are living in a marginalized community, and you are also queer or trans, that things are even harder for you.”

She said voting is an LGBTQ2S rights issue.

“If we could get all the progressive folks in Oklahoma to come together and vote one way, there are zero limits to what we could do,” he said. “But unfortunately, that has yet to happen. I am proud to say, though, that the number of gay people I have seen working with Black Lives Matter attending the rallies and marches have made my heart so happy.”

He said he had seen progress, although it is slow in many areas, he said anytime there is positive movement, there is opposition.

“We are seeing that with the current administration stripping trans folks of rights, health care particularly, not allowing openly LGBTQ people to serve in the military again, there is pushback. However, I believe that in the end, good wins.”

He said solving issues takes dialogue, and as Oklahomans, we are not good at that.

“Your vote is important,” said former state senator, Connie Johnson. “Guarantee your right to vote by signing up to vote by mail, go find out who your legislator is, you know, the whole nine yards.”

She has started a new organization called Advocacy Works, which works with people to get them involved and to help them become acquainted with the legislative process.

“I get upset at the thought that people can’t get treated fairly,” Johnson said.

In July, the Human Rights Campaign (HRC) announced a Town Hall to help reach and engage young people, primarily of color, and educate them about mail-in voting and inspire them to make their voices heard this November. Housed within HRC’s Unite for Equality campaign, the Vote Equal, Vote Safe Initiative focuses on three significant points:

- Engaging LGBTQ Voters and Equality Voters -- voters who prioritize LGBTQ equality at the ballot box -- to ensure they know their voting options and can navigate the process.

- Advocating at the federal, state, and local levels for funding and expanded safe voting options.

- Research to ensure LGBTQ Voters and Equality Voters are comfortable using all available options for safe voting, including but not limited to vote by mail, more early voting options, and Election Day polling locations.

The Town Hall can be viewed on the HRC FB page.