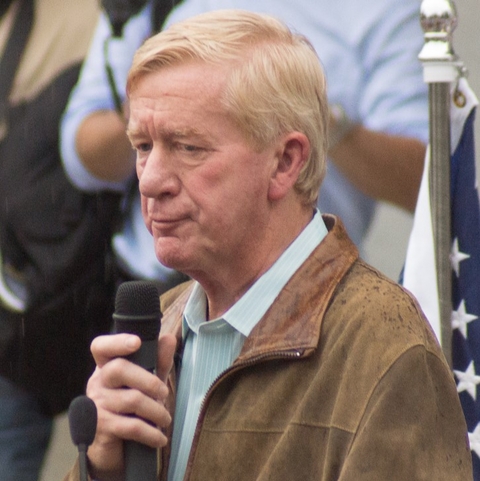 2020 presidential candidate Bill Weld laid out his strategy Wednesday to challenge Donald Trump for the Republican nomination, asserting that he's running to "win" and not to "weaken" the President.

"I'm not sure how serious Mr. Trump is about governing, honestly. He has a one-word environmental policy: 'hoax.' A one-word immigration policy: 'wall.' I think sometimes his lack of experience in preparation for the office shows," Weld told CNN's Alisyn Camerota on New Day.

The former Republican governor of Massachusetts said he'll be focused initially on the New England region, "with particular emphasis on New Hampshire."

"If I can show well in New Hampshire, even win the New Hampshire primary, that has kind of a domino effect on other primaries around the country -- almost an electrical effect," Weld said.

From there, Weld said he will focus on the mid-Atlantic states and plans "early on" to do a sweep through the West Coast "partly for fundraising and partly for political reasons."

"Mr. Trump and California don't seem to get along well. I think there's some real promise there," Weld said of the blue state, pointing to its new early primary date.

He argued that he "could do well" in Wisconsin, a state Trump won in the general election in 2016 but where Republicans lost the governor's seat last year.

Weld acknowledged that he would have a "tough" time garnering support in the Deep South, but "the rest of the country" he said is "fair game."

"My strategy that I just laid out for you, that's a strategy to win, that's not a strategy to weaken anybody. I'm in this, I think, for the best reasons," Weld told CNN.

Weld's challenge to bump Trump from the GOP nomination is a long shot and primary challenges to a sitting president have largely been unsuccessful. His polling numbers point to a tough uphill battle. Only 8% of Republicans and Republican-leaning independents said they would definitely support Weld in a matchup against Trump and 10% said they weren't sure but could support him, according to a March poll conducted by Monmouth University.

Weld ran in the 2016 presidential election as the vice presidential candidate on the Libertarian Party's ticket with Gary Johnson.