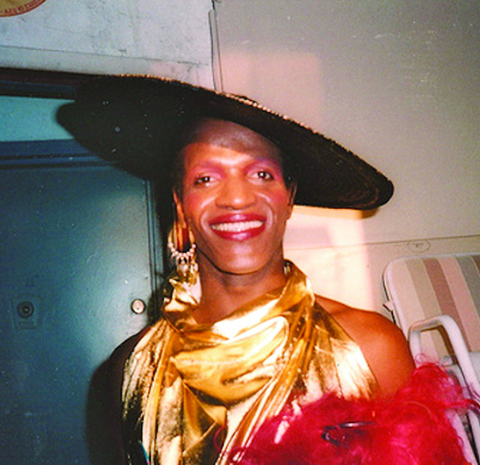 Marsha P. Johnson stood at the center of New York City's gay liberation movement for nearly 25 years. But LGBTQ+ rights weren't her only cause.

She was on the front lines of protests against oppressive policing. She helped found one of the country's first safe spaces for transgender and homeless youth. And she advocated tirelessly on behalf of sex workers, prisoners and people with HIV/AIDS.

All while draped in dashing outfits and flower headpieces and armed, people who knew her say, with a vibrant smile.

The "nobody, from Nowheresville" -- as she described herself in a 1992 interview -- moved to New York City from her hometown of Elizabeth, New Jersey, with nothing but $15 in her pocket.

That's when she adopted the name Marsha P. Johnson. The "P," she told people, stood for "Pay it no mind."

"Marsha would talk to me all the time and tell me, 'Don't let anybody tell you what to do, be who you want to be,'" her nephew, Al Michaels, recalled.

Johnson was a drag performer and a sex worker; she was often homeless and lived with mental illness. Her body was found in the Hudson River in 1992, and the circumstances of her death remain unclear. New York police ruled the death a suicide and didn't investigate.

She is remembered as one of the most significant activists for transgender rights, although the term "transgender" wasn't commonly used during her lifetime. Johnson identified as a "transvestite," gay and a drag queen, and used she/her pronouns.

"She was the ultimate survivor," said Elle Hearns, a transgender rights activist who created an institute bearing Johnson's name.

"I don't think Marsha has left anything behind besides the permission for us all to be free."

"We had enough police harassment"

Johnson played a key role in the uprising that began on June 28, 1969, at the Stonewall Inn in New York's Greenwich Village after police raided the gay bar and patrons fought back. Protests followed over the next six days.

"We were ... throwing over cars and and screaming in the middle of the street 'cause we were so upset 'cause they closed that place," Johnson told historian Eric Marcus in a 1989 interview that's now been compiled into an episode for the "Making Gay History" podcast.

"We were just saying, 'no more police brutality' and 'we had enough of police harassment in the Village and other places.'"

The first anniversary of the protests prompted the first gay pride parade in 1970.

Johnson, alongside her good friend Sylvia Rivera, emerged from the clashes as leaders in the nascent gay liberation movement.

The pioneering activists were concerned about the dangers faced by transgender people who were often forced into prostitution to support themselves, according to the New York Public Library.

They created the first LGBT youth shelter in North America and the first organization in the United States led by trans women of color, according to the Global Network of Sex Work Projects.

Johnson was also an AIDS activist associated with the group ACT UP until her death.

Last month, the city of New York announced it will build a monument to honor Johnson and Rivera for their role in the Stonewall Uprising and advocacy for LGBTQ, homeless and HIV positive youth, "particularly young people of color who were marginalized by broader LGBTQ rights efforts."

It will be the first permanent, public artwork recognizing transgender women in the world, the city said.

"Here in New York City, we are sending a clear message: we see you for who you are, we celebrate you, and we will protect you."

At least 10 transgender people have been violently killed in 2019, and at least 26 were killed in 2018, according to the Human Rights Campaign. Most were black transgender women, the organization said.

The newly-launched Masha P. Johnson Institute will continue some of the work Johnson started, advocating for and organizing on behalf of the transgender community, said Hearns, the institute's founder and executive director.

Hearns said she chose Johnson's name to highlight the intersectionality of her experience as a black transgender woman.

"She liberated the neighborhood"

Michaels says he'll remember Johnson as a beacon of hope for everyone around her, someone who brought both friends and strangers home for the holidays.

"We'd open the door and there'd be 20 to 25 people," Michaels said. "People (Johnson had) never seen and just picked up on the streets. (Johnson) always told us ... treat other people with respect, be kind to people."

In turn, he said, whenever Johnson returned to her old neighborhood she received a warm welcome.

"Everybody would be on the porch saying, 'Hey Marsha,'" Michaels said. Even older people, he says, who didn't initially accept Johnson's bold brand of activism eventually came around.

If she were here today, he says, she'd still be pushing.

"I think the most important message from her was, don't relax, the fight isn't over," he said. "We want 100% of our rights that everybody else gets and until we get that, the fight continues."