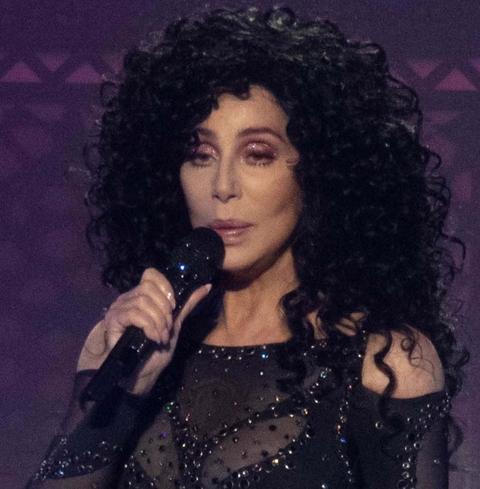 Yesterday, legendary singer Cher appeared to throw her support behind former Vice President Joe Biden in the Democratic presidential campaign in a series of tweets.

The star of screen and stage referenced recent data that shows Biden sinking in the polls, including a new national poll released last week that showed he's down nine percentage points since January, and his disappointing results during the Iowa caucuses and New Hampshire primary.

"I WON'T turn my back on you now that you're struggling," Cher tweeted.

"Your head is bloodied but unbowed," she added.

In a follow-up tweet about an hour later, Cher added, "Who would I be if I denied a man I know and respect for a shiny, new, tech-savvy billionaire?"

It wasn't clear if Cher's tweets were an official endorsement of Biden, but the former vice president was happy to have her support.

"Cher — thanks for the kind words. I'm in Vegas this week. Let me know if you need an opener!" Biden tweeted in response.

Cher is no stranger to voicing her political opinion. During the 2016 election, she endorsed and campaigned for Hillary Clinton. She has also had public disagreements with President Donald Trump.

Cher's also used Twitter to defend Biden in the past.

In April 2019, amid allegations that Joe Biden made a Nevada politician feel "uneasy," Cher tweeted, "Once spent time talking to Joe Biden in his office. I asked pointed questions. As time passed I found him forthright, kind, and smart. At meetings end (sic) he walked me to the door and gave me a hug. I was fine with it, but that was 'MY' experience. He must commit to be aware [of] and care about women's space."