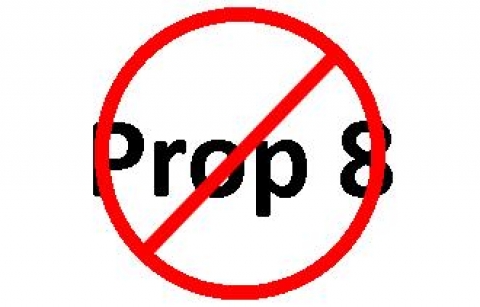 SAN FRANCISCO (AP) — The California Supreme Court refused Wednesday to halt gaymarriages in the state, leaving opponents of same-sex weddings few — if any — legal options to stop the unions.

The brief, unanimous ruling tossed out a legal challenge by ban supporters without addressing their legal arguments in support of Proposition 8, a ballot measure passed by voter in 2008 that banned gay marriage.

Austin R. Nimocks, an attorney for Alliance Defending Freedom, a group that wants to end gay marriage, said the ruling does not end the debate in California. He called on lawmakers to ban gay marriage but declined to say whether a legal challenge will be filed.

"Though the current California officials are unwilling to enforce the state constitution, we remain hopeful that one day Californians will elect officials who will," he said.

Supporters of gay marriage were girding for a continued fight.

"By now, I suppose we know better than to predict that Prop 8 proponents will actually give up their fight," San Francisco City Attorney Dennis Herrera said. "But it's certainly fair to say that their remaining legal options are increasingly absurd."

The state high court ruling came about two months after the U.S. Supreme Court refused to consider the issue, leaving in place a lower-court ruling that struck down the ballot measure as unconstitutional.

Prop 8 supporters filed an emergency petition with the state Supreme Court arguing that the federal lawsuit at issue applied only to the two couple who filed it and to Alameda and Los Angeles counties, where they live. They claimed the marriage ban remained law in 56 counties since the federal lawsuit at issue wasn't a class action lawsuit on behalf of all California gay couples wishing to marry.

Dronenburg, however, withdrew his lawsuit last week, saying his challenge was too similar to that of Prop 8 backers to merit a separate legal bid.