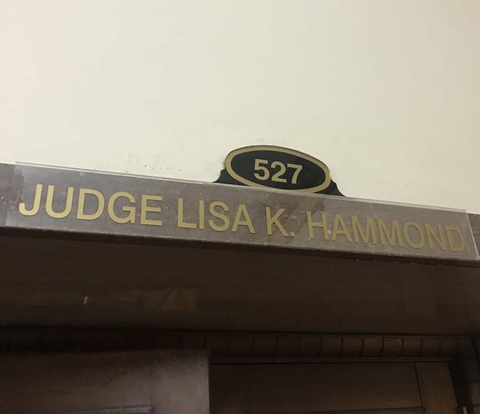 On Monday in the Oklahoma City courtroom of Judge Lisa K. Hammond, former Oklahoma City Pride president, Lori Honeycutt pleaded “not guilty” to charges of embezzlement she has been facing since September of last year.

Just after OKC Pride 2018, OKC Pride was in turmoil. Read - OKC Pride in turmoil; shocking information revealed. Suspicions of the mishandling of funds were brought to the surface by then OKC Pride board members.

Honeycutt denied any wrong-doing at the time, saying she was “being harassed and bullied by these people.”

OKC Pride had tried to make plans to move forward but found a lack of interest by the community and experienced difficulty raising funds for the organization.

In the courtroom on Monday, Honeycutt’s attorney David Slane introduced himself to The Gayly editor in chief in the courtroom, saying he hated that “we” are on opposite sides.

“We really just want to get your [OKC Pride] money back,” Slane said. “I think that would be the best thing. The problem is this girl [Honeycutt] has been in a lot of trouble in the past, and it’s all public record.”

Slane said Honeycutt was “going to have to sell her house or her parents will get the money.”

However, The Gayly obtained documents earlier this year that Honeycutt’s home was in foreclosure.

Honeycutt's next court date is July 10 at the Oklahoma County Courthouse in front of Judge Coleman.