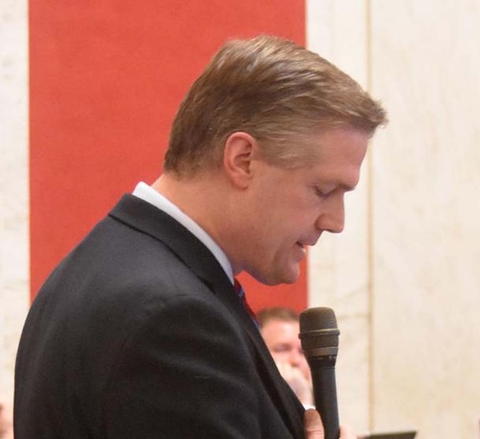 The head of the West Virginia Republican Party is standing by her praise of a state senator's belief that LGBTQ means sexual deviancy and perversion.

"The LGBQT (sic) movement is not about happiness and tolerance, but about indoctrination and a forced acceptance of a perverted and non-biblical view of sexuality," Azinger wrote.

West Virginia GOP chair Melody Potter shared the article on her Facebook page, adding that it was "right on."

"Thank you Senator for having the boldness to stand for what is right," she wrote on Sunday. "More people should do the same."

Potter told CNN on Tuesday she was not surprised by the backlash and that she stands by her comments.

"I am not surprised. I am thrilled at the support I am getting for supportive Biblical principles. We love those even with whom we might not agree with," she said.

Azinger did not return CNN's emails or phone calls for comment about his op-ed.

In a statement later posted to Facebook, Parkersburg Pride President Cammy Murray, whose organization sponsored the event that drew Azinger's attention, said the state senator's op-ed was a "message of bigotry."

"As we reject the shameful message of bigotry in the op-ed, we invite you to stand with us on the right side of history," Murray said. "Together, we will celebrate the remainder of Pride Month. And together, we will continue to build our community."

The Republican National Committee and the Log Cabin Republicans, a conservative LGBTQ group, did not return CNN's request for comment.