Here’s the real State of the Union 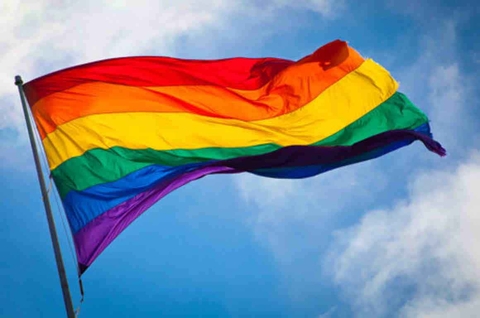 “For more than two years, Donald Trump and Mike Pence have made attacking LGBTQ people and other marginalized communities a top priority of their administration,” said Human Rights Campaign (HRC)  President Chad Griffin.

“From undermining protections for transgender youth, to threatening to deport Dreamers, to attempting to ban transgender service members from the military, to working to eviscerate health care coverage for those most vulnerable -- this is a presidency rooted in prejudice and fear.

"At every turn, we have put up roadblocks on this administration’s path of destruction and discrimination, uniting with our allies across movements. Now, with a pro-equality majority in the House of Representatives poised to pass the Equality Act and tackle other critical issues, we continue to demonstrate that when we stand together we are a force to be reckoned with.”

HRC amplified the voices of LGBTQ people impacted by the Trump administration’s hateful agenda in response to the president’s State of the Union address. Here are a few of the responses:

Lt. Col. Bryan Bree Fram, active-duty U.S. Air Force rocket scientist of 16 years:  “Trans service members lace up their boots every day, accomplish the mission and prove again and again that we belong. We’ve faced the same arguments used against the inclusion of every minority group and shown them to be as inaccurate now as ever.

"We’re focused on protecting the ideals of the constitution we swore to defend; we just wish we didn’t have to do it under the swirling maelstrom of uncertainty that we face today.”

Amber Briggle, a member of HRC’s Parents for Transgender Equality from Texas: “For two years straight, the Trump-Pence administration has targeted my transgender son, and all transgender youth, for discrimination. Donald Trump has laid out an agenda built on fear and hate at a time when young people of every background need their government to have their backs.

"My child is not a political pawn, and we won’t stop fighting for him and other transgender people until everyone is treated with the respect that they deserve.”

Edgar, Young LGBTQ Dreamer and recent college graduate: "I was raised to be hardworking and to help others, but my ambitions are not possible under an administration that denies me a chance to achieve my dreams and further my education. My parents came to this country to provide me with more opportunities and a better life.

"As a college-educated and LGBTQ dreamer, I call the United States my home. I am not the exception. I represent a community that believes that we all deserve the right to be who we are, to achieve our dreams and also to serve our country."

HRC applauded the Democratic response to Trump’s speech by Stacey Abrams, recently the Democratic candidate for Governor of Georgia. “What a contrast: Stacey Abrams didn't just give a rebuttal to Trump, she presented the nation with a vision of the future that is grounded in hope, justice, and progress for all Americans. From addressing gun violence to voter suppression, immigration, LGBTQ equality and racism in our country, she outlined the REAL State Of The Union.”

RollingStone also covered the SOTU and Abrams’ response, saying, “Trump’s second State of the Union wasn’t much more than a slightly polished version of his campaign rallies, rife with the usual fear-mongering over immigration and accusations that Democrats are un-American for disagreeing with him.

"The rebuttal from Abrams was anything but a hollow call for unity. The longtime Georgia lawmaker drew on her own experience to drive home a need to reach across the aisle in the name what she sees as non-negotiable American values.

“’For seven years, I led the Democratic Party in the Georgia House of Representatives,’ said Abrams, who became the first person to deliver an official rebuttal to the State of the Union who did not hold federal office. ‘I didn’t always agree with the Republican Speaker or Governor, but I understood that our constituents didn’t care about our political parties — they cared about their lives.

"'So, when we had to negotiate criminal justice reform or transportation or foster care improvements, the leaders of our state didn’t shut down — we came together. And we kept our word. It should be no different in our nation’s capital. We may come from different sides of the political aisle; but, our joint commitment to the ideals of this nation cannot be negotiable.’”

For other coverage of the speech, check out Logo’s LGBTQ State of the Union featuring the legendary Billy Porter. Watch here.