Is Humphreys apology too little, too late? 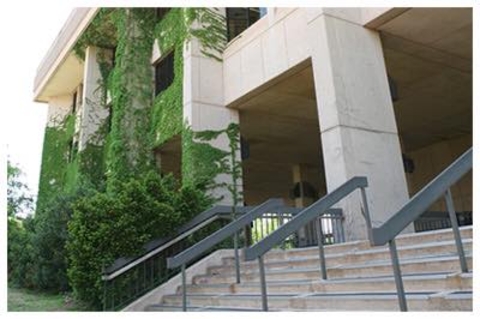 Offices of the OU Regents in Oklahoma City. File photo.

Troy Stevenson, executive director of the LGBTQ advocacy group Freedom Oklahoma, said he has been invited to KFOR’s Flashpoint next Sunday, December 17. However, Kirk Humphreys won’t be there. He’ll be “out of the country.”

There’s been a firestorm of comments and public fury since Humphreys rant about homosexuality on Flashpoint this past Sunday.

“We have had almost 2,000 emails sent to the OU Regents, the KFOR news director and Loves Travel Stops [Flashpoint sponsor],” said Stevenson. “We’ve called for OU to remove him as a Regent and OG&E to rescind him from their board.”

In a statement released, Humphreys said, “I regret that my comments on Flashpoint regarding homosexuality were not clear and led some people to believe I was equating homosexuality to pedophilia. That was not my intention or desire. I apologize for my lack of clarity and realize this has resulted in a strong reaction by some and has hurt people’s feelings.”

In the statement, he went on to talk about “scripture” and his “moral stance on homosexuality,” then apologized again.

In an email to Stevenson, Blair Humphreys, Kirk's son, said he was sorry for his father's unfair and hurtful comments. "I have worked to create an open dialogue with all parts of the Oklahoma City community to shape the vision for Wheeler [District].

"From the beginning, we've wanted it to be a place that represents the very best of the OKC community, a place where residents excel at being good neighbors, a place that upholds the highest ideals for community life together, and a place that demonstrates love and equality for all."

Clay Bennett, Chairman of the University of Oklahoma Board of Regents, released a statement saying the Board disagrees with the recent public statements made by Humphreys regarding homosexuality and “we reiterate our commitment to fairness and inclusion throughout the University community.”

None-the-less, the students of OU plan to send a message that they will not tolerate bigotry. Tomorrow, they will hold a peaceful demonstration outside of the OU Board of Regents meeting where they will call for the removal/resignation of Humphreys.

Freedom Oklahoma has started a call to action. “As OG&E is Oklahoma's largest energy provider, and many LGBTQ Oklahomans have no choice but to buy their energy from them, yet the chairman of their board has compared us to pedophiles - that is unacceptable,” Stevenson posted on social media.

Flashpoint is aired on Oklahoma’s News Chanel 4 at 9:30 a.m. each Sunday morning.