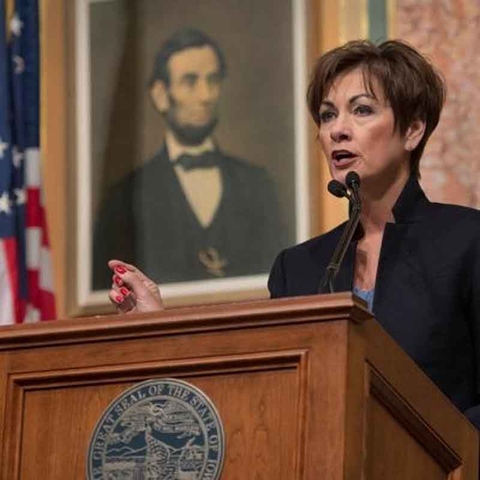 The Republican controlled Iowa legislature has passed a Health and Human Services budget bill that would eliminate funding of gender affirming surgeries for transgender persons insured by Medicaid. Transgender activists in the state are urging Republican Governor Kim Reynolds to use her line item veto powers to remove the restrictions.

National trans advocacy organizations have joined state activists in the campaign to kill the provisions added in an amendment before the bill was passed.

The National Center for Transgender Equality said in a tweet, “This is nothing more than an effort to single out transgender people to make it more difficult for the trans community in Iowa to receive medically necessary health care.”

The bill “aims to deny trans Iowans of life-saving, necessary health care” and to “defund Planned Parenthood; one of the US’s largest providers of transition-related health care.”

If Gov. Reynolds signs the bill, it would effectively overrule the Iowa Supreme Court’s March decision that said the state should pay for transition care, according to the Des Moines Register.

Aiden Vasquez, a transgender man, spoke with the Register about the newly passed law. He had planned to have bottom surgery in September, saying he “will finally become himself”.

The bill’s effect is “throwing Vasquez and other transgender Iowans into limbo for surgeries long desired,” wrote the newspaper.

Vasquez’ doctor, Dr. Nicole Nisly of the LGBTQ Clinic at the University of Iowa, had suggested the surgery to him.

“I had been in a dark depression for about six months, but when I left Dr. Nisly’s office with that referral, it felt like she had taken my hand and pulled me out of this hole I had been living in,” Vasquez told the Register. “Now, it’s like they shoved me back in and threw dirt over top of me. It just feels like I've been kicked in the face.”

OneIowaAction, an LGBTQ+ advocacy group, said, “Transgender Iowans are our friends and family members. They are an essential part of our communities. They deserve access to medically necessary care free from bias.” They urged citizens to contact Gov. Reynolds and ask her to use her line item veto power to strike the language regarding trans health care.