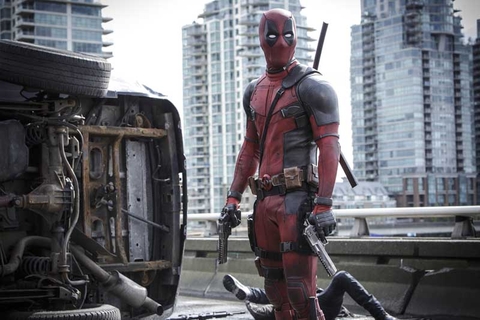 Oscar favorites "La La Land," ''Moonlight" and "Manchester by the Sea" were nominated by the Producers Guild of America for its top award on Tuesday. AP photo by Joe Lederer.

NEW YORK (AP) — Oscar favorites "La La Land," ''Moonlight" and "Manchester by the Sea" were nominated by the Producers Guild of America for its top award on Tuesday. But the snarky, expletive-spewing superhero of "Deadpool" continued his unlikely awards season campaign.

The guild's 10 nominees for its best picture honor, the Darryl F. Zanuck Award, also included "Arrival," ''Fences," ''Hacksaw Ridge," ''Hell or High Water," ''Hidden Figures" and "Lion." It was a largely expected bunch plus the surprising inclusion of "Deadpool."

But the R-rated "X-Men" spinoff has now run up a slew of nominations, proving the industry has considerable admiration for the comic-book hit. It last week landed a nomination for best adapted screenplay the Writers Guild, and it was twice nominated by the Golden Globes.

PGA nominees have historically been a good predictor for which films will receive Academy Award nominations for best picture. And for seven consecutive years up to last year, the PGA's top prize matched (in one case with a tie) the academy's top honor. Last year, however, the PGA chose "The Big Short," while "Spotlight" won the Oscar. The Producers' Guild uses the same preferential balloting system that the Academy of Motion Pictures employs.

Winner will be announced in a Jan. 28 ceremony at the Beverly Hilton Hotel in Beverly Hills, California.