LGBT+ nominees to root for at the Golden Globe Awards 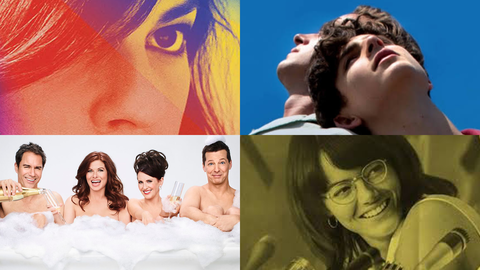 The 75th annual Golden Globe Awards on Sunday features a number of groundbreaking stories about LGBT+ people and celebrates the LGBT+ actors and allies who brought them to the screen. The award show will be hosted by Seth Meyers, a longtime advocate who received the HRC Equality Award last year.

All eyes will be on the red carpet, as many actors have confirmed they will be wearing all black as a show of solidarity with the #MeToo movement against sexual assault and harassment.

Last year, several other noted LGBT+ people and allies were nominated and the groundbreaking film Moonlight made history when it won for Best Motion Picture - Drama.

Here’s who could make history this year:

Emma Stone and Steve Carell are nominated for their roles in Battle of the Sexes, a film depicting the life of out athlete and longtime Human Rights Campaign supporter Billie Jean King.

Nominated for Best Motion Picture - Foreign Language, the Chilean drama A Fantastic Woman tells the story of the struggles of a young transgender woman after her partner suddenly dies. The film stars Daniela Vega, a transgender actor and lyrical singer.

Will & Grace, which has been critical to changing hearts and minds around LGBT+ issues, is nominated for Best TV Series - Musical or Comedy. Cast member Eric McCormack is nominated for his role in the series.

Call Me By Your Name, a coming-of-age story featuring a same-sex relationship, is nominated in three categories, including Best Motion Picture - Drama.

Meryl Streep, honored by HRC with an Ally for Equality Award last year, is nominated for her role in The Post, a movie in which she plays Katharine Graham, the first female publisher of a major newspaper in the U.S.

Allison Janney, LGBT+ ally, is nominated for Best Supporting Actress in a Motion Picture for her role in I, Tonya.

Richard Jenkins received a nomination for Best Performance by an Actor in a Supporting Role for playing Giles, a gay man in the fantasy film The Shape of Water.

The Golden Globe Awards will air Sunday at 8 p.m. EST on NBC.