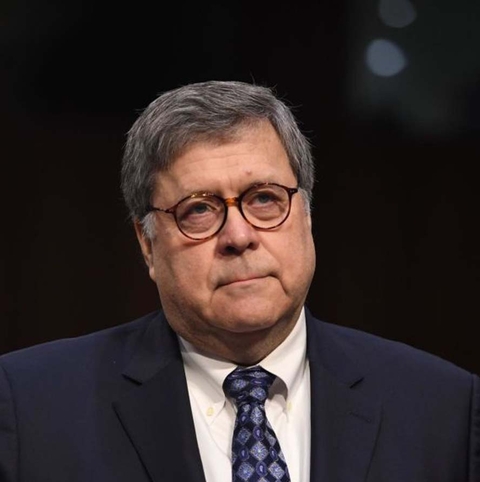 OPINION: Editor's note: Elie Honig, a former federal and state prosecutor, is a CNN legal analyst and a Rutgers University scholar. The views expressed in this commentary are his.

Robert Mueller's formal delivery of his investigative report is more prologue than climax. Now that it's in Attorney General William Barr's hands the action will begin -- a dynamic, multi-front legal and political battle that will test fundamental notions of due process, executive authority and separation of powers.

1. What will Mueller say?

The special counsel regulations require that Mueller file with the attorney general "a confidential report explaining the prosecution or declination decisions reached by the Special Counsel." This provision gives Mueller broad discretion. At one extreme, he might do as little as list everyone he has charged -- Paul Manafort, Rick Gates, Roger Stone, etc. -- and write, "I have charged these individuals for the reasons stated in the charging documents, and I have declined to charge anybody else."

At the other end, he could write a detailed narrative reminiscent of -- though surely not as prurient as -- Ken Starr's 1998 report, which ran more than 400 pages and included potential legal grounds for impeachment of President Bill Clinton, including obstruction of justice.

Mueller likely will take some middle tack. He might follow the example of the Watergate "road map," which ran 55 pages and set forth the special prosecutor's factual findings, without any specific legal recommendations.

Mueller has been taciturn in his public statements so far, but his court filings have contained extensive detail. If Mueller follows his own prior practice, then his final report should tell a compelling and detailed narrative in the model of indictments to date.

The special counsel regulations are silent on Barr's obligation or ability to send a draft of Mueller's report to the White House before he lets Congress or the public see it. This decision will lie entirely in Barr's discretion.

White House attorneys have made clear they expect to see the report in advance so they can consider whether to exert executive privilege. President Donald Trump's personal counsel, Rudy Giuliani, also has said he expects to see it in advance: "We reserved executive privilege." In contrast to his attorneys, Trump claimed Wednesday he doesn't mind if the public sees the Mueller report (though a week earlier Trump said, "There should be no Mueller report.")

Where specifically might the White House claim executive privilege? Executive privilege generally applies to communications between the President and his advisers. So here, for example: Trump's conversations with his advisers about firing FBI Director James Comey; Trump's meeting with acting Attorney General Matthew Whitaker about the Southern District of New York's investigation of Michael Cohen and Trump's discussions with Don McGahn and others about potentially firing Mueller.

Executive privilege might also apply to Trump's interactions with Hope Hicks, the former White House communications director, and others about a misleading public statement after the June 2016 Trump Tower meeting at which Manafort, Donald Trump Jr. and Jared Kushner met with Russians who had offered dirt on Hillary Clinton. Inclusion of these communications -- which could form the core of an obstruction case -- in the report ultimately will depend on executive privilege.

If Barr resists, then we could end up before the courts. But if he simply accepts Trump's assertion of executive privilege, expect House Democrats -- led by Adam Schiff, Elijah Cummings and Jerrold Nadler -- to challenge it. One way or another, any executive privilege claim by Trump seems likely to end up in court.

3. What if the executive privilege dispute goes to the courts?

A legal dispute over executive privilege in the Mueller report could bypass the lower federal courts and go directly to the Supreme Court under an obscure rule permitting direct appeal in cases of "imperative public importance ... requiring immediate determination." Given the stakes here and the need for quick resolution, a direct appeal to the Supreme Court seems likely.

The closest precedent on executive privilege is the 1974 US v. Nixon case. There, the court ruled unanimously (8-0, including three justices appointed by Richard Nixon; the ninth justice, William Rehnquist, recused himself) that executive privilege does exist but did not apply to the Nixon White House tapes. Executive privilege, the court held, protects sensitive national security and military secrets, but is not a blanket protection for the president against criminal charges. Nixon resigned 16 days after the court's decision.

The Nixon case seems on-point here. There is no meaningful legal distinction. Sure, the Nixon case involved tape-recorded communications, and any claim for Trump executive privilege might instead apply to e-mails or memos or spoken conversations, but that's a distinction that should have no legal relevance.

Trump's best hope is the composition of the Supreme Court now -- entirely different than in 1974 and arguably more partisan. Trump's two appointees -- Neil Gorsuch and Brett Kavanaugh -- have expressed strong conservative views, and Kavanaugh has written that a president has broad executive powers and exemptions. If an executive privilege case reaches the Supreme Court, it will test the court's apolitical adherence to its own precedent.

4. What will Barr give Congress and the public?

Barr has two primary obligations under the special counsel regulations. First, he must provide to Congress (specifically the chair and ranking member of the Senate and House judiciary committees) a description of any instance where the attorney general disagreed with and overruled Mueller. This is where we could learn if Mueller wanted to serve any subpoenas -- including on Trump -- or bring criminal charges that Barr (or Whitaker or former Attorney General Jeff Sessions before him) overruled.

Second, the regulations permit Barr to disclose, well, pretty much anything he thinks appropriate: "The Attorney General may determine that public release of these reports would be in the public interest, to the extent that release would comply with applicable legal restrictions." So Barr may -- not must, but may -- disclose anything he determines to be "in the public interest," an almost limitless standard.

What types of "applicable legal restrictions" might apply here? At his confirmation, Barr pledged "as much transparency as I can" but left wiggle room -- "consistent with the law" -- and noted that "there may be discretion about what the attorney general can put in that report."

Several categories of information arguably should be omitted or redacted from a report to Congress or the public. From least to most controversial they are: (1) classified or sensitive national security information; (2) information relating to ongoing investigations; (3) grand jury materials (meaning anything obtained by subpoena -- a broad category -- but there's a workaround that Starr used, obtaining permission from a court); and (4) information subject to executive information.

5. What happens if Barr provides little or nothing to Congress?

House Democrats have made clear they will settle for nothing less than the entire Mueller report, unedited and unredacted. House Intelligence Committee Chairman Schiff has already announced he will subpoena the Mueller report, and possibly Mueller himself, if relevant information is excluded from the report or otherwise kept from Congress.

A congressional subpoena to the executive branch would spark a separation of powers showdown for the ages, pitting the core oversight function of the legislative branch against the investigative imperative of the executive branch. Such a dispute, like a fight over executive privilege, likely would go directly to the Supreme Court, and the outcome could turn on the judicial and ideological worldviews of the justices.

6. What happens to Mueller's pending cases and investigations?

Beyond these known, pending matters, Mueller's investigation surely has opened new avenues that will require investigative follow-up. The special counsel already has referred several offshoots of his core investigation to US attorney's offices -- most notably, Mueller sent the Cohen investigation to the Southern District of New York.

If anything, look for the scope and intensity of investigations of the President, his administration and his business to intensify -- in Congress and particularly in the Southern District of New York.

In many ways, the latter poses a more serious threat to Trump than Mueller does. While Mueller is limited by his appointment to investigating coordination between Russia and the Trump campaign (and matters that "arise directly" from the same), the Southern District of New York has no substantive constraints and can go wherever the evidence leads.

It also is not subject to the special counsel regulations, which require attorney general approval for major prosecutorial decisions.

Mueller's passage of his report to Barr is a major milestone. But it is the calm; the storm lies ahead.

This commentary has been updated on the news that the Mueller report has been delivered to the attorney general.