How old do I have to be to transition? 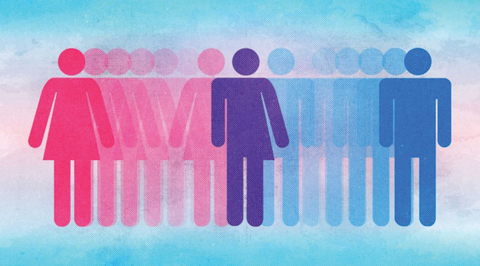 Sam and his parents came into our practice a few months before finishing middle school. He was super excited to tell me about the camp he was signed up to go to that summer. He told me that the camp had tons of outdoor activities, a big lake, canoeing, and of course swimming. He could not wait to go, but he knew he could not participate comfortably in these activities unless he had top surgery first.

The subject of when gender dysphoria begins is a very controversial one and when to treat it even more so. There are limitations in available studies, but statistically speaking in 6-27 percent of children, gender dysphoria persists into adulthood. Adolescents (generally defined as age 12 or older) have a significantly higher rate of persistence into adulthood.

Despite the rate of persistence, one of the most important steps in working with a child experiencing gender dysphoria is establishing a relationship with a competent mental health professional.

Mental health professionals play a wide array of roles while working with children and adolescents with gender dysphoria which include assessing each patient for gender dysphoria, providing family counseling, evaluating and treating co-existing mental health concerns, referring for physical intervention (to be discussed below), educating and advocating on behalf of gender dysphoric children to the community, and providing information for peer support.

Several options exist once a decision has been made to proceed with physical intervention. Many providers and families consider fully reversible options first which include GnRH analogues, aka puberty blockers. When these medications are initiated varies based upon individual providers, clinics, and countries, but are determined around the patient's physical development. Keep in mind this age is often younger for genetic females than it is for genetic males.

Ideally a pediatric endocrinologist should monitor the adolescent's physical development closely. The advantages of puberty blockers include more time to explore their gender non-conformity, and the fact that they may facilitate transitioning by preventing the development of some sex characteristics. Of note, both suppressing and allowing puberty to occur should be considered active decisions, and all involved should be fully informed.

The next level of intervention includes partially reversible options (hormones) and irreversible options (surgery). This level of decision should be made with the adolescent, parents and entire treatment team. Recommendations for genital surgery according to the World Professional Association for Transgender Health Standards of Care* include the patient reaching age of consent in the given country and having lived continuously for 12 months in their gender role congruent with their identity.

Age of consent is a controversial subject itself, as it differs by country and in many countries is set at 16 years. Top surgery can be carried out earlier, but still after living in the desired gender role for an ample amount of time and ideally on testosterone for one year.

Sam, his parents and their medical team were all on board with him having his top surgery at this time in his life. He had been in counseling for years, and in medical treatment for over two years. Not only would he be able to enjoy his camp activities that summer, but he could make his transition and enter high school as a new man.

Each individual goes through his or her own journey, and the timing of transitioning is a very personal one. As health providers, we can only do our best to provide treatment options and care for each individual's needs.