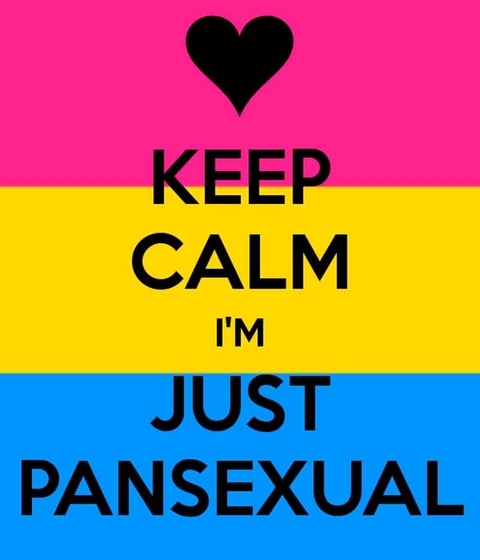 Pan people all over the nation celebrate this day with selfies, pride, and open and honest discussion.

May 24 celebrates one of the many letters left off the LGBTQ acronym – pansexuality.

Pan Visibility Day is meant to raise awareness and offer support to pansexual members of the community.

Pan people all over the nation celebrate this day with selfies, pride, and open and honest discussion. In the spirit of visibility, three pansexual people shared their experiences navigating their shared sexuality.

“Identifying as pan means being able to express myself in a way that I feel comfortable with,” says Kira Yates, a college student from Yukon, Okla.

Alena Johnson, another Oklahoma native, agrees. “Being pan to me means being myself,” she says. “It means loving people for people and seeing past any physical attributes or stereotypes.”

For some, identifying as pansexual can bring these positive feelings of comfort and relief. To outsiders, however, pansexuality can cause problems and misunderstandings.

“I was surrounded by people growing up who assumed they knew my sexuality better than I did,” says Dustin*, a nonbinary Texan who uses “xe/xir” pronouns. “When I first came out as a sexuality they weren't expecting I received a lot of backlash.”

“I found out some of my "friends" had been taking bets on when I'd come out as a lesbian. It bothered me, in a way I couldn't really describe.”

“From what my mom knows about my sexuality she denies it, and my dad just won't hear it,” she says. “So it's hard to feel completely accepted by them.”

As far as common myths about their sexuality, all three see a common thread.

“I think a common misconception about being pansexual is that I want to sleep with everyone, which couldn't be further from the truth,” says Yates.

Dustin adds, “I've also had people assume that it meant I was automatically okay with threesomes, or that I'd be fine in an open relationship or a polyamorous relationship. It can actually get kind of creepy when people start asking if my partner and I have those kinds of relationships when it's really none of their business.”

Some struggle to find acceptance in the greater LGBTQ community.

“My sexuality is difficult to express to some because it's not one of the main L G B T,” says Johnson. “Most people, even a lot of LGBT people, don't even know what it is, so I avoid the conversation.”

She adds, “It's also hard to feel valid in the LGBT community when I am in a ‘heteronormative’ relationship, so people immediately assume I'm straight. My sexuality is my freedom to love without question and regardless of who I'm with, my sexuality never changes.”

Dustin takes what xe calls a more “passive” stance on pansexual inclusion in the greater community.

“It's there, it's a part of it, and no matter how many people try to say that it doesn't exist, there's a whole lot of people saying it does.”