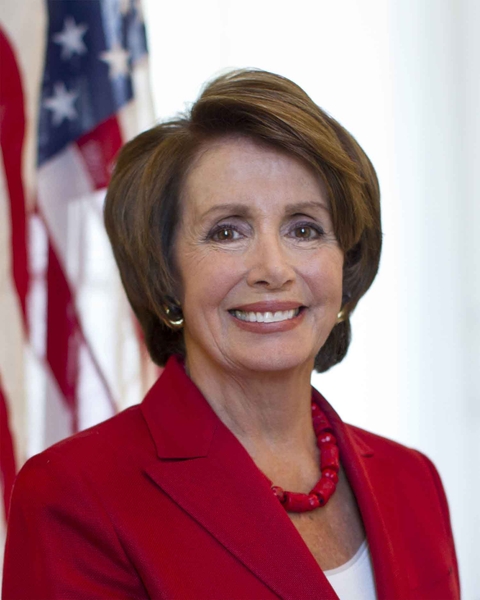 House Democrats will hold leadership elections and select a nominee for House speaker during a closed-door meeting Wednesday -- the first major test for House Democratic Leader Nancy Pelosi in her bid to reclaim the gavel when Democrats take control of the House of Representatives in the new year.

A small, but vocal, faction of Democrats have been attempting to derail Pelosi's run for Speaker, but the long-time Democratic leader has succeeded in winning over some of her critics ahead of the vote and is expected to easily win the nomination. The make-or-break moment for Pelosi isn't expected to come until January when the full House holds a final floor vote to elect the Speaker.

Democrats will also vote Wednesday in elections for Democratic leadership positions further down the hierarchy. There isn't expected to be much suspense or surprise, however, since the next three highest-ranking positions -- majority leader, majority whip and assistant Democratic leader -- all feature only one candidate.

Reps. Steny Hoyer and James Clyburn, the current No. 2 and No 3. House Democrats respectively, are running to maintain their same rank in the new Democrat-led Congress, keeping in place a Democratic leadership team that has been in power for years.

The position of assistant Democratic leader in the new Congress also has just one candidate: New Mexico Rep. Ben Ray Luján, who currently serves as chair of the House Democratic campaign arm.

The next Democratic caucus chair will be the winner of a match-up between Rep. Hakeem Jeffries, a Democrat from New York, and Rep. Barbara Lee of California, both members of the Congressional Black Caucus.

Unlike many of the other races, the DCCC chair election features a crowded field.

Reps. Denny Heck of Washington, Cheri Bustos of Illinois, Suzan DelBene of Washington and Sean Patrick Maloney of New York are all running for the post.

On Tuesday, Maloney asked for a delay in the DCCC chair election after being "hospitalized Monday with an urgent but temporary medical condition" stemming from "a persistent bacterial infection that spread to a number of his internal organs," according to a statement from his office.

The statement said that Maloney would withdraw as a candidate if there is not a delay in the election. It's not yet clear if the election will be delayed.

Pelosi's path to the Speakership

While Pelosi is on track to prevail in the Wednesday vote, the number of votes she receives will provide an early indicator of what kind of support she may have going into the final floor vote for speaker, though a lot could change between the election this week and the final vote.

Pelosi and her allies have been working to make deals with some of her critics and win over detractors -- and have several more weeks to continue doing so if they deem it necessary to shore up support before the January vote.

Earlier this month, Pelosi won the support of Rep. Marcia Fudge of Ohio, who had previously criticized her and publicly toyed with the idea of challenging her. At nearly the same time that Fudge announced she would vote for Pelosi for speaker, Pelosi announced that she will make Fudge the chair of an elections subcomittee in the new Congress.

In another example of Pelosi's powers of persuasion at work, Rep. Brian Higgins of New York came out in support of her Speakers' bid last week despite previously signing onto a letter calling for new leadership. When Higgins reversed course, he told CNN that he got Pelosi to commit to prioritizing a $1 trillion infrastructure bill and a measure to allow people 50 and older to buy into Medicare.

Pelosi does still face some opposition within her caucus, however, though she and her allies continue to express confidence that she will ultimately win.

Earlier in the week, Pelosi detractors added another rebel to their ranks when Gil Cisneros, a Democrat who recently won a race in a conservative district in California, announced he would sign the letter pledging not to support her on the floor.

To secure the nomination on Wednesday, Pelosi will only need a majority vote in the Democratic caucus.

She will face a higher hurdle in the final vote in January when she will have to win a majority of all members of the House who are present and voting -- typically 218, though it would be possible for her to win with fewer votes in certain scenarios.