Joe Biden to announce his 2020 presidential bid on Thursday 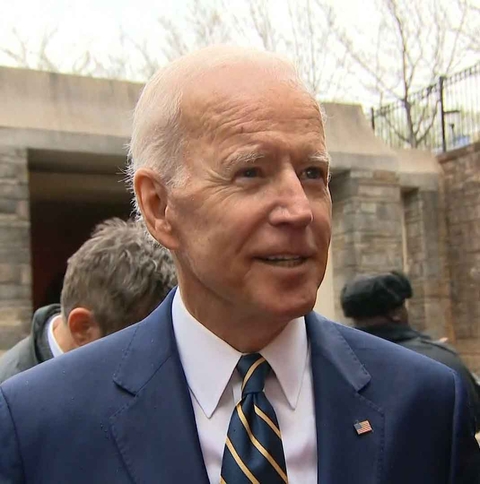 Joe Biden will announce his presidential bid on Thursday with an online video, sources familiar with the plans confirm to CNN, finally answering one of the lingering questions hanging over the 2020 Democratic race.

The former vice president's team has been laying the campaign groundwork for months, with Biden's decision growing less secretive or suspenseful by the day. But now that he has given the green light to his advisers, Biden is facing one of the biggest challenges of his half-century career in politics.

He is scheduled to hold his first campaign event in Pittsburgh on Monday, a source said, and plans to hit the road to the early-voting states of Iowa, South Carolina and New Hampshire in the coming days.

Related:
Chants of “Run Joe Run” as Biden teases possible run
Joe Biden says family is on board with a 2020 run, he's 'very close' to decision

His political action committee, American Possibilities, sent an email to supporters on Tuesday to urge them to sign up for the news.

"We'll cut to the chase," the message said. "There has been a lot of chatter about what Joe Biden plans to do. As one of Joe's top supporters, we want you to be the first to know!"

He is jumping into a race already in progress, likely becoming the 20th Democrat to declare candidacy. He's closely watched the campaign from the sidelines, aides said, following the policy debates and the introduction of rising stars less than half his age.

This will mark his third run for the White House. But everything is different this time around, as he runs as a popular former vice president to Barack Obama. It's a far loftier post than running as a Democratic senator from Delaware, which he unsuccessfully did in the 1988 and 2008 campaigns.

Biden, 76, would be the second oldest candidate in the race, with the longest record of public service. Only Bernie Sanders, 77, is older.

Biden is hoping to seize command of the highly-fluid contest through major endorsements in hopes of highlighting how the party's most urgent task should be defeating President Donald Trump, Democrats familiar with his plans tell CNN.

Yet before he can face Trump, Biden faces a Democratic Party far different than the last time his name was on a ballot. Progressive issues are front-and-center, rather than foreign policy, which was a hallmark of his nearly four decades in the Senate.

One lingering question for Biden is his ability to fundraise, particularly on the small dollar, grassroots level. Sanders and other candidates have relied on massive online support to churn out impressive fundraising figures.