Pete Buttigieg: God doesn't belong to a political party, but “I can't imagine” God would be a Republican 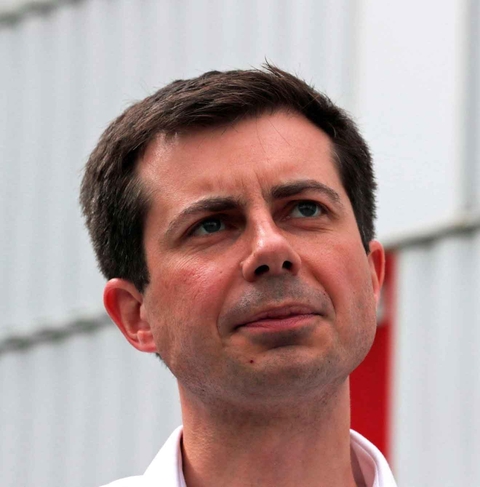 South Bend Mayor Pete Buttigieg has made clear throughout his upstart 2020 presidential bid that he believes Democrats should embrace religion and decry those who try to suggest God belongs to one political party or another.

But in an interview with NBC's Today Show that aired on Tuesday, Buttigieg suggested that if God did have a political affiliation, it wouldn't "be the one that sent the current president into the White House."

Buttigieg told NBC that he talks about religion in an effort to convince people to "stop seeing religion as a kind of cudgel as if God belonged to a political party."

The mayor immediately followed up that comment by adding, "And if he did, I can't imagine it would be the one that sent the current president into the White House."

Buttigieg went on to say "what we see (in the White House) is so different than what I hear in scripture when I am in church."

"I hear about taking care of the marginalized and defending the weak and supporting the poor and visiting the prisoner and welcoming the stranger and humility and decency," he said. "These are the things that are taught in Sunday schools around this country. And so the idea that that is the property of the Republican Party, especially this Republican Party and some of the choices they have made in recent years, it just doesn't add up to me."

Buttigieg has used the line -- "God does not have a political party" -- frequently during his 2020 run, but the direct suggestion that God would not be a Republican was new.

Prior to the comments, which were taped on Monday during Buttigieg's visit to South Carolina, the mayor, who is gay, has been very forceful in linking his run and his sexuality with his faith.

"It can be challenging to be a person of faith who's also part of the LGBTQ community and yet, to me, the core of faith is regard for one another," Buttigieg told CNN in April. "And part of God's love is experienced, according to my faith tradition, is in the way that we support one another and, in particular, support the least among us."

He added: "I get that one of the things about scripture is different people see different things in it. But, at the very least we should be able to establish that God does not have a political party."

Buttigieg has forcefully criticized President Donald Trump and Vice President Mike Pence's faith in the past. The mayor said Trump was the "diametric opposite" of a devout Christian in April and, during a CNN town hall in March, the mayor asked rhetorically whether Pence stopped "believing in scripture when he started believing Donald Trump."

Anti-LGBTQ protesters have followed the mayor across the country to use scripture to undercut his campaign.

"The good news is," Buttigieg said in response to the first heckler in Des Moines, "the condition of my soul is in the hands of God, but the Iowa Caucuses are up to you."