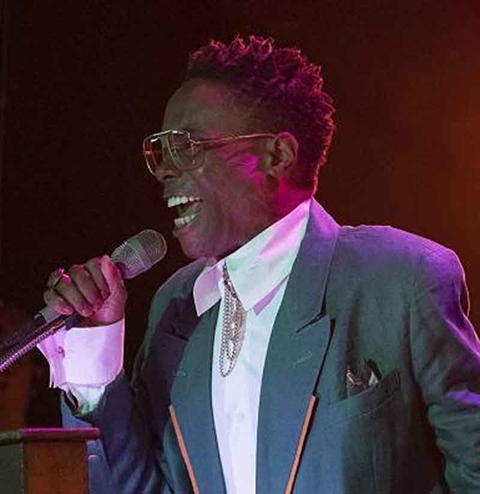 The second season of the groundbreaking FX drama Pose takes place in 1990, but too many of its themes are painfully familiar in 2019.

Transgender people are more visible than we have ever been, but that visibility can make us vulnerable to outside attack. A show like Pose, with its LGBTQ cast (featuring more transgender actors as series regulars than any scripted show in history), is an undeniable sign of progress. But it's also a reminder that too little has changed since the time period it depicts.

Transgender women are still disproportionately impacted by HIV/AIDS. Our community continues to face widespread employment discrimination, poverty and harassment. Pose continues to tackle these topics with sensitivity in its new slate of episodes. But what makes this series so powerful is its unapologetic depiction of transgender joy.

The loving looks between MJ Rodriguez's Blanca, who is the show's protagonist and mother figure, and Billy Porter's Pray Tell. The amusing antics of House of Ferocity co-mothers Candy (Angelica Ross) and Lulu (Hallie Sahar). The breathtaking beauty of Indya Moore's aptly named Angel, who has more love in her heart than the world will ever give to her. Porter in particular has been a breakout star, making fashion and political statements on the red carpet at the Tonys, Oscars and Met Gala. All of these characters are back in the second season of "Pose" — and they still form the sweet beating heart of the show amid more serious subject matter.

As the AIDS crisis surges, Pose swings back and forth between funerals and celebrations, protests and pleasures, abuses and absurdities. That might sound like tonal whiplash, but it's not. The series is actually an authentic portrayal of both the 1980s and 1990s social practice of forming "Houses" as alternative urban family structures and, more broadly, of LGBTQ resilience. When our community is under attack, we fight back, and we still find time to dance. (In this case, the stars of Pose are often dancing to Madonna's then-ubiquitous song Vogue, which introduced the aesthetics of ball culture to a more mainstream — and much whiter — audience.)

The poignant mix of death and dance in Pose arrives at a timely moment. It has arguably never been more important for us to see transgender characters on TV finding happiness wherever they can against a backdrop of heartbreak. Five decades after the Stonewall riots, transgender Americans like me are still struggling to stay hopeful in the absence of formal legal protections and more widespread cultural acceptance.

During its first few years in power, the Trump administration has imposed restrictions on transgender military service, rolled back Obama-era guidance for restroom use in schools, and proposed a new rule that could make it harder for my community to get medical care. Meanwhile, transgender people of color are being killed, with a recent string of murders in the Dallas area drawing attention (not nearly enough) to this horrific violence.

In the second season premiere, Pray Tell pontificates over the House of Evangelista dinner table that "every generation thinks that they're gonna be the ones that are finally invited to the party."

"Put your glass slippers away Trans-arella," he concludes. "It ain't never going to happen!"

At this particularly challenging moment in LGBTQ history, transgender viewers like me have to wonder whether it's naïve to believe we could live to see the world that our forerunners envisioned in those riots in 1969 and underground balls in the 1980s and 1990s. How different are we, really, from these characters dreaming of a day that never came?

But the potent lesson of Pose is that LGBTQ people can't wait for acceptance to live our lives, even in the face of death and discrimination. The transgender people I know are exhausted by the current attacks, afraid of future rollbacks, and worried that court decisions to come could endanger our rights further. Some are worried for their physical safety, their anxiety spiking with each homicide report.

And yet, much like the characters in Pose, we still find solace in community — in bars, at Pride parades, and, yes, by staying home and watching shows like Pose together. We have to care for each other the same way the House of Evangelista looks after their own: with acts of service and gentle touches. What gives me the most joy these days is the simplicity of seeing a smile on another transgender person's face.

Indeed, one of the reasons why Pose has earned such a devoted LGBTQ fan base is because the people behind the show — themselves LGBTQ, like producer Ryan Murphy and writer-director-producer Janet Mock — understand that we don't just mope our way through hardship; we laugh as much as we cry, and sometimes simultaneously. No one can take away the beauty of that solidarity. Not even the White House.

In the season two premiere of Pose, a supportive nurse tries to encourage Blanca, a de facto mother to a crew of young LGBTQ people of color who is struggling with her own survival, to take her AIDS medication by relaying the mantra, "You either get busy living or you get busy dying."

Pose is a vital reminder to keep living. It couldn't have come back at a better time.

Samantha Allen is a journalist and author of the books “Real Queer America: LGBT Stories from Red States" and "Love and Estrogen."